A man who has been living with his family in a South Auckland boarding house for seven years is "rapt" he has been put on the list for social housing. 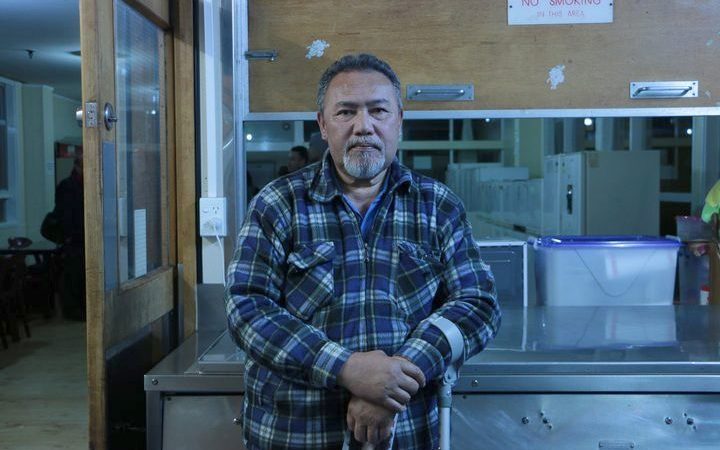 Raymond Teinaki has lived at Favona Lodge for seven years with his family in one room. He waited five years on the Housing NZ list, but removed himself because he lost hope. Photo: RNZ / Eva Corlett

Raymond Teinaki, his wife and two young teenage sons have been living in one room at Favona Lodge in Mangere because they were unable to get a state house and could not afford to pay market rents.

Mr Teinaki, who cannot work due to sickness, took his family off the social housing register after waiting five years for a house.

He, his wife and sons, aged 13 and 11, live in one room at the lodge and share facilities with the other tenants.

After speaking to RNZ this month, the Ministry of Social Development contacted Mr Teinaki.

He said he has no words to describe how happy he feels that MSD has put him on the high priority list.

"My wife, when I looked at her, she said this is what we have been dreaming for for so many years," Mr Teinaki said.

Initially, the ministry advised him to check private rentals and let them know rent prices.

But, he said, after a meeting on Friday they decided to put him on the list for a three-bedroom home.

"She wanted to finish school and come home and just hug us," he said.