A man who has been living with his family in a South Auckland boarding house for seven years says the government is now trying to put him back on the social housing register. 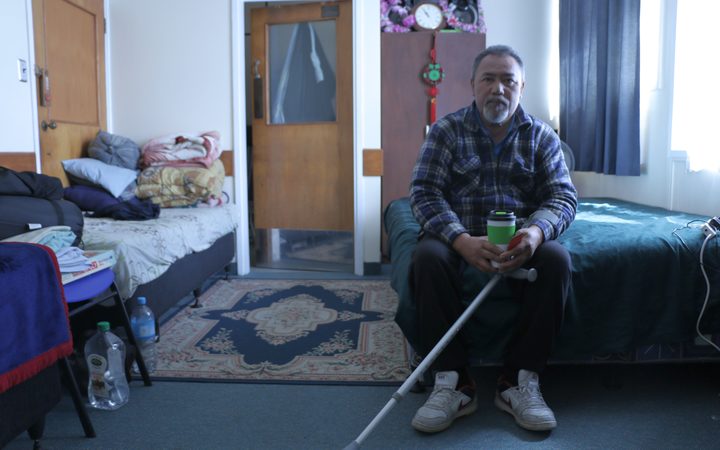 Raymond Teinaki in the room he shares with his wife and sons at Favona Lodge. Photo: RNZ / Eva Corlett

Raymond Teinaki and his family have been living at Favona Lodge in Mangere because they could not get a state house and could not afford to pay market rents.

Mr Teinaki, who cannot work due to sickness, removed his family from the social housing register after waiting five years for a house.

He, his wife and sons, aged 13 and 11, live in one room at the lodge and share facilities with the other tenants.

READ MORE: Growing up in a lodge: 'We just want a house to be normal' 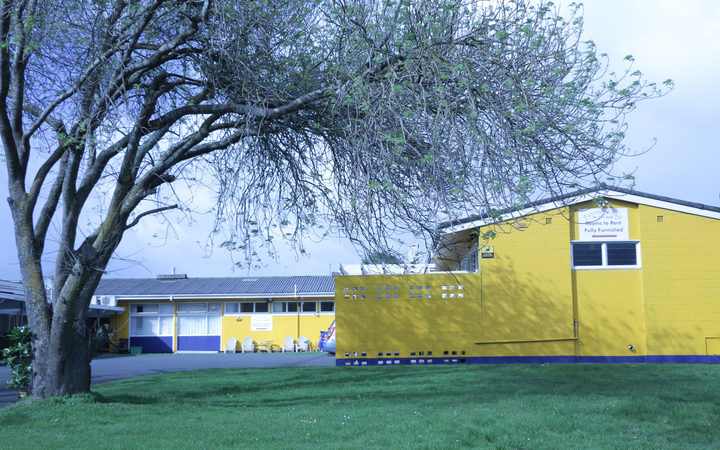 After speaking to RNZ for a story published yesterday, Mr Teinaki was contacted by the Ministry of Social Development.

He said he thought it was a joke when the ministry rang to put him back on the social housing register.

During the phone call, he said the ministry advised him to check private rentals and let it know what the rent would be.

He said he was unsure why they wanted him to do this, as he could not afford private rent.

"What good is that? We're after a state house, which is cheaper."

With the family living from his wife's income only, paying market rent would be out of the question, Mr Teinaki said.

"It would be nice if the government department would understand our problems," he said.

"We don't have freedom, everyone in one room - it's like putting two cars in a garage, but we are human, we all have a soul, we want to be happy."

Mr Teinaki is to have a phone meeting with the ministry early next week.

He said he would prefer to meet with the ministry face-to-face because he wanted them to see his expression, whether it was suffering or a smile.

Emergency housing provider Monte Cecilia Trust said homelessness had peaked over the past 18 months, with desperate, vulnerable people waiting longer and longer for a house.

Chief executive Bernie Smith said many such as Mr Teinaki gave up.

"There's stigmatisation of people that are living in poverty, then there's the whole issue of going into a WINZ office and waiting hours and hours in reception to get an appointment.

"There is a lot of frustration from people with genuine need that give up," he said.

He said it was frustrating that the Ministry seemed to only get in touch with families after media exposure.

"Suddenly the bureaucrats come out of the woodwork and want to shut it down and there's all sorts of offers that were never available before."

While it was a huge advantage to this family, he wondered about all the other families out there in similar situations.

"Are they going to have to get a headline too?"

The Ministry of Social Development said anyone going through a housing assessment must check if there was an affordable private rental option first.

It said depending on the circumstances, the housing package could include a house or an accommodation supplement.