A report on cameras on fishing boats, dismissed by Primary Industries Minister Nathan Guy, had been described as "robust" by a top ministry science advisor, emails show.

The report, carried out by the Ministry for Primary Industries (MPI), was leaked to Greenpeace in June.

It raised doubts about whether camera technology on fishing boats would be much use in court as evidence of illegal fishing.

But in emails released to the Green Party under the Official Information Act, a top science advisor described the report as "robust and sound".

The emails also show the controversial report, written in 2015, was done after two MPI forensic investigators decided unilaterally to test fishing boat cameras. They analysed pictures of snapper taken during a trial of cameras on fishing trawlers operating between Cape Reinga and the East Cape.

They found the cameras could not accurately record fish sizes because the quality of the video was poor, concluding the technology would be of little use trying to prosecute anyone for dumping fish.

The trial was not designed to determine how effective the cameras would be in estimating the size of the fish caught, and the type of camera used was different to those due to be installed on all boats by October next year. 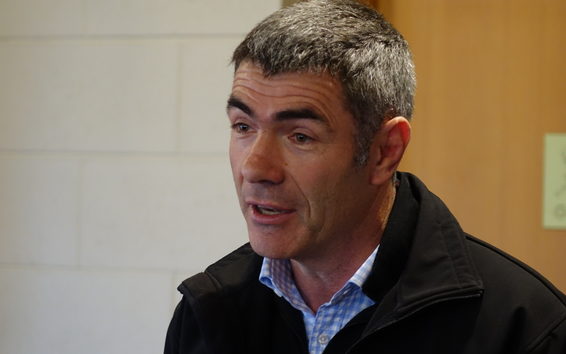 "That was a report that was written by a now-former employee," Mr Guy said in June. "When the scientists had a look at it, they said this is rubbish and put it in the bin."

But the emails show that three months earlier the ministry's principal advisor of fisheries science expressed a different view on the report.

"I believe the science is robust and sound and that the authors have done an excellent and thorough job in this regard," the advisor said.

The advisor did fault the report for expressing personal opinions and ranging too widely, and while rejecting some recommendations, retained others as being "supported by the study results".

A second unnamed reviewer was much more critical, arguing the report "does not describe the results of a well-designed scientific experiment, rather it represents some 'opportunistic work' piggybacked on a study which had a different purpose". However, the reviewer added the scientific methodology and analysis seemed valid.

Another email said the report was interesting but could tarnish the use of cameras, when in fact the ministry had discovered at the outset that it was not technically possible to capture close-up details of fish on video.

The documents also indicate senior ministry managers were taken by surprise by the draft report and wanted to know who had asked for it and why.

In response, Dr Veronica Herrera, director of MPI's diagnostic and surveillance services, emailed in March that the two forensic investigators had "large latitude" to look into issues around prosecutions, and had done the report because compliance officers wanted to understand the difficulties of taking video evidence to court, as there had been problems.

RNZ asked Mr Guy for the basis of his statement that MPI had told him the report was rubbish.

"The minister has declined to do an interview as the OIA is very detailed and speaks for itself, including the criticism of the report and its shortcomings," a spokesperson for Mr Guy said. "In particular, the cameras were never meant to measure fish size, and this was always known, so the conclusion of the report was somewhat redundant."

But Green Party MP Eugenie Sage said Mr Guy had "misled the public about the authority and expertise of the report author [and] attacked that person's integrity".

"By rubbishing the report and misleading the public about its quality the minister was seeking to hide the shortcomings of video monitoring," she said.

The camera technology will be rolled out on all boats from October 2018. The minister's spokesperson said they could be used to spot some fishing offences, and would have a strong deterrent effect.