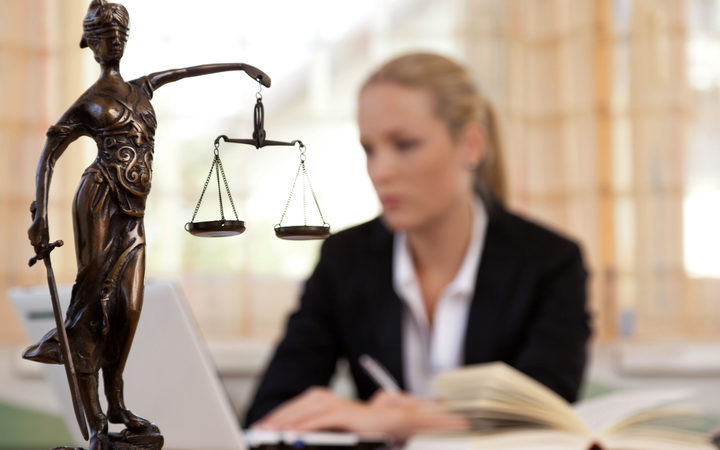 Women make up about a quarter of partners at New Zealand's top law firms. Photo: 123rf

An investigation by RNZ's Insight shows about a quarter of the partners in this country's biggest law firms are women, despite female graduates outnumbering men since the 1990s. 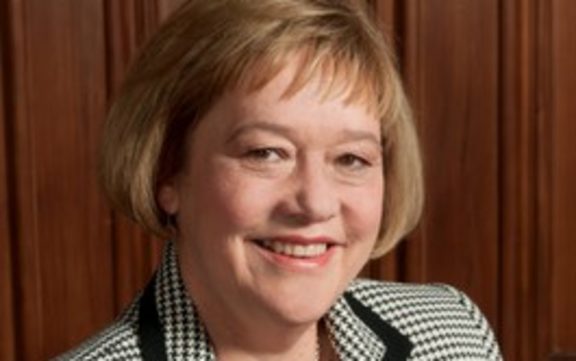 The world was a different place when Justice Susan Glazebrook graduated from law school.

"One of my lecturers said to me it wasn't such a bad thing that there were more women in law school at that stage, because, after all, there weren't that many jobs available and that left the jobs for the boys.

"Another one suggested that the best thing I could do was become a probation officer, because women have that 'caring feel'."

The figures themselves tell a stark story.

By the early 1990s more women were graduating from law school than men.

But when it comes to making it to the very top of the profession, it's still very much a man's world.

Despite holding a little under half the active practising certificates in this country, women make up about a quarter of partners at New Zealand's 11 biggest law firms.

They make up less than a third of the judiciary, and just under 17 percent of Queen's Counsel. 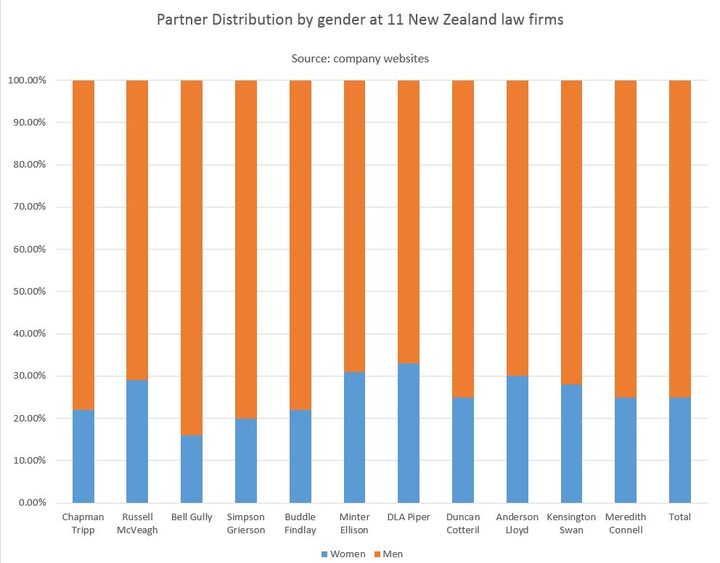 Figures from Crown Law show a 12.5 percent gender wage gap across the public sector - something the agency puts down to women having less experience.

But Canterbury University's first female law dean, Ursula Cheer, said the reasons cited for the overall discrepancy were many, and varied.

"Probably the first thing is that women leave to have children - but there are plenty of women in law that don't have children, and they... take a bit longer than their male counterparts to move up, so that's about other things, like unconscious bias and sexist attitudes and practices."

'It's a lifestyle which is not compatible with normal living'

Otago University law dean Mark Henaghan said the vicious hours young lawyers felt they had to work were at least partly to blame as well.

"I vividly remember walking with a partner of a big firm after a dinner in Wellington, along the street at about 11 o'clock at night.

"I said good night, but he said, 'Oh no, I'm going back to work - we've got a team working up there. We'll work from now up 'til about four in the morning.'

"I thought, that's insane. That's absolutely insane. But that's the sort of pressure the big firms have to get jobs done. It's a lifestyle which is not compatible with normal living - let alone bringing up a family." 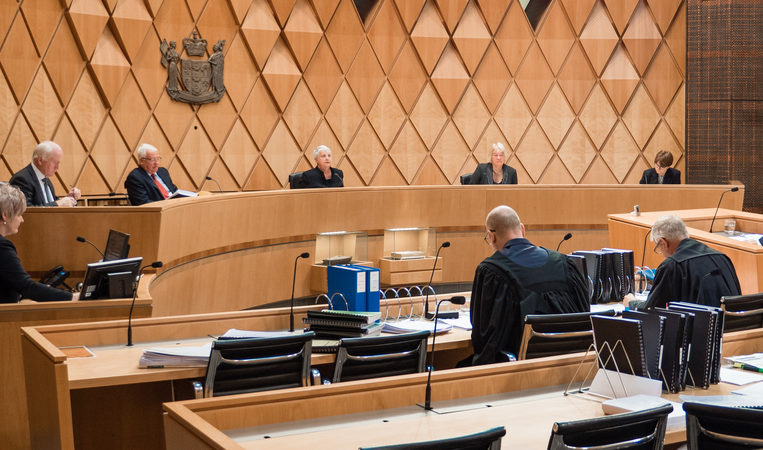 It was only a few months ago that the Supreme Court had its first ever female-majority bench. Photo: Supplied / NZ Law Society

Justice Glazebrook said it was time for law firms to change their culture.

"It has to come from the top. Where diversity becomes a corporate goal, and where remuneration and promotion reflects that."

And Ms Cheer said the best - and most radical - answers could well be serious structural changes to how law was practised.

"One of them that is coming up more and more now is a move away from the billable hours model, to perhaps fixed-fee billing.

"The other thing you might do is limiting your actual working hours, and that would be good for the wellbeing of all employees. And then just general legal practices that promote real work-life balance."

You can hear more about New Zealand's persistent workplace gender gaps on Insight, just after 8am on Sunday Morning with Wallace Chapman.