A law that will deny 7000 prisoners the vote in this year's election is a breach of human rights, protesters say. 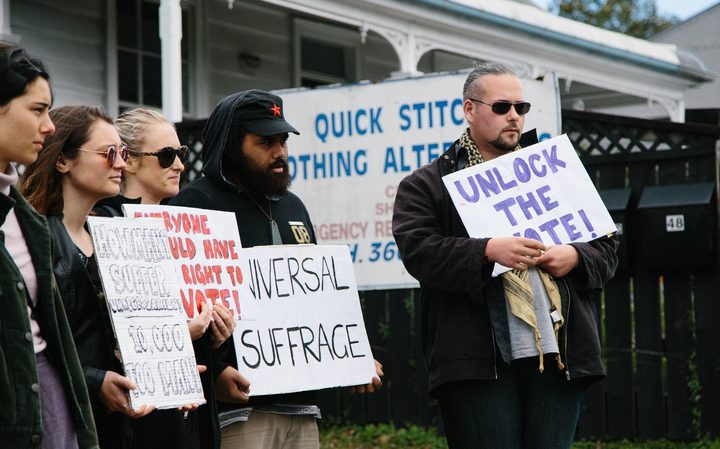 Protestors gathered outside National MP Nikki Kaye's electoral office in Auckland calling for a blanket ban on sentenced prisoners voting to be removed.

Since 2010, all people serving a jail term at the time of the election have been unable to vote. This year roughly 7000 people will be unable to cast a ballot.

There have been varying restrictions around prisoners' voting since New Zealand's first election in 1853.

The law has survived several court challenges to overturn it, because its process through Parliament was legal.

However, the High Court made a declaration in 2015 that the law was inconsistent with the Bill of Rights.

That ruling was upheld by the Court of Appeal and is now due to be argued in front of the Supreme Court.

Ms Rākete said the law was a breach of prisoners' human rights.

"It's not technically racist to remove the vote from prisoners who are overwhelmingly Māori, because Pākehā prisoners also have the right to vote taken off of them," she said.