The Christchurch City Council is letting the banks of some of Christchurch's rivers go unmown in a bid to encourage more whitebait to spawn within the city. 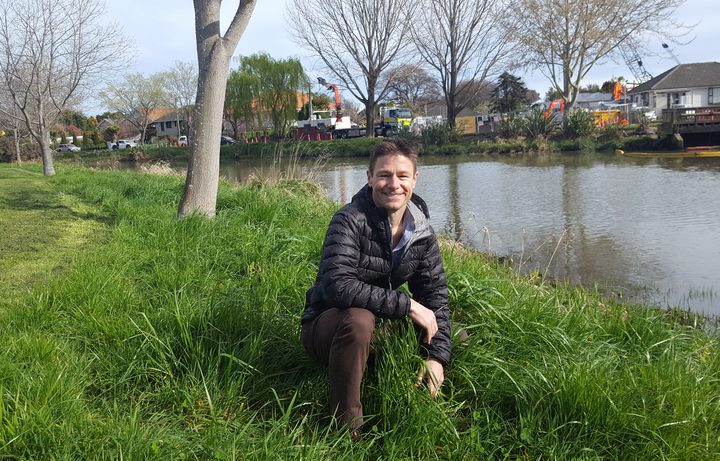 The council's waterway's ecologist, Greg Burrell, said the project was started as a trial in October last year.

"We've let the hair grow a bit longer if you like," said Mr Burrell.

"This lower part of the river in recent years has been maintained, mown right down to the water's edge where it's accessible and that's not desirable in an ecological sense.

"The longer vegetation provides filtering of the run off from the road, shade and also a habitat. This lower part of the river is where the inanga spawn, they spawn where you've got fresh water meeting salt water."

He said the inanga, or adult whitebait, like to lay their eggs in vegetation at the spring tide mark, and mowing too close to the river edge destroys a lot of the area their preferred habitat.

Mr Burrell said most of the feedback from local residents had been positive, though there had been some criticism that it made the area look shabby and the council was just being lazy.

The method has been trialled along the Heathcote, lower reaches of the Avon, a tributary from the estuary called Steam Wharf Stream, and the Styx River.

To judge the results of the trial, the council commissioned university student Shane Orchard, who is doing a PhD looking at coastal resilience, to look at spawning sites.

He found that in areas that previously had not had long vegetation, there was spawning this year, Mr Burrell said.

"Which is really kind of neat. So that's proof of concept. We sort of knew it was going to happen but it is really nice to confirm it."

Mr Burrell said he will now talk to community groups and those with an interest in the area about the next step.

That could mean a continuation of the no-mow areas, or a move to more planting of natives along the banks.