With whitebait season kicking off tomorrow, the Department of Conservation is warning people not to flout the rules. 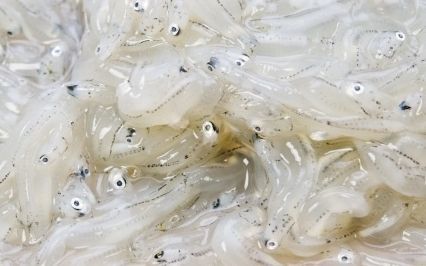 Tomorrow marks the start of the season, which runs until the end of November, except for the West Coast of the South Island which starts later at the start of September.

DOC biodiversity ranger David Moss said people needed to remember that some whitebait species were as endangered as Kiwi.

"Whitebait are juveniles of five species of native fish, like the giant kokopu, banded kokopu, shortjaw kokopu, inanga, and koaro. Those that escape the whitebait net grow into adult fish which are some of our most endangered native species," he said.

He said it was important people only took what they needed and ensured they only fished during the day.

Whitebaiting is only between 5am and 8pm, and from 6am to 9pm when daylight saving begins in September.

"That just allows the fish a chance to get through to their breeding ground and allows them to grow up into adulthood. Some of them, like the giant kokopu, can live up to 15, 20 or 30 years and others only live for two years."

He warned that people should not use oversized nets.

Those caught not obeying the rules and fishing illegally could risk getting up to $5000 in fines and having their fishing equipment seized.

"You're allowed to fish no more than one third of the stream, so if you're in a very small stream, maybe you should go somewhere else because we occasionally catch people who have a net across the whole stream and that tends to be quite expensive for them as well as them losing their gear."

More details about the rules can be found [here http://www.doc.govt.nz/parks-and-recreation/things-to-do/fishing/whitebaiting/whitebait-regulations-all-nz-except-west-coast/].