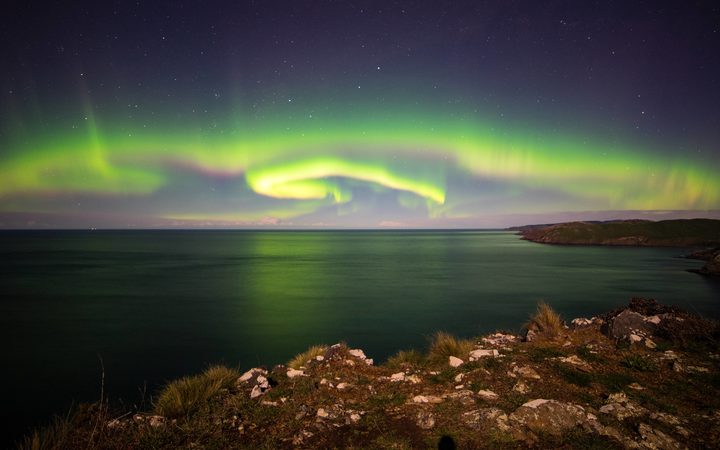 Professional photographer Talman Madsen said he made the decision to photograph the phenomenon late yesterday afternoon.

"After studying the weather maps and aurora forecast ... I decided to just get on a plane to Dunedin and then drive down to the Catlins in hope of capturing something like this.

"The risk paid off and I was more than rewarded."

He said the timelapse was taken between 12pm and 3.30am on the Catlins Coast.

"Never have I cried, laughed, yelled, screamed, and felt such a strong sense of overwhelming raw passion and joy.

"I hope this video gives people an idea of just how special it was."

Mr Madsen said last night's aurora was thought to be the largest in a decade.