Nine Greenpeace protesters have been arrested for trespassing at an irrigation dam west of Christchurch. 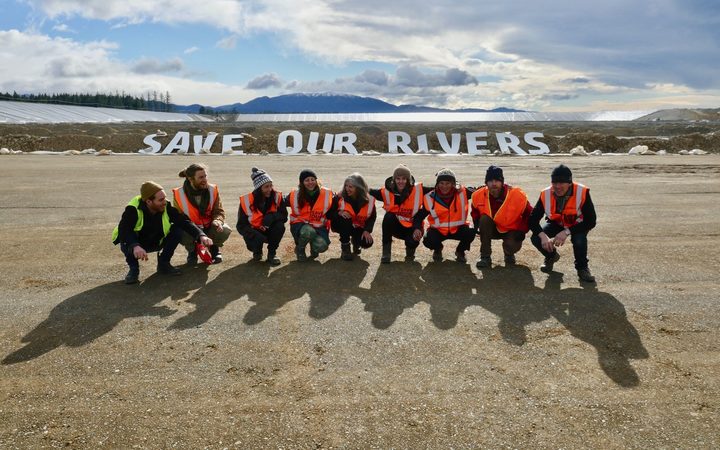 Greenpeace protesters at an irrigation dam near Christchurch, before they were arrested for trespassing. Photo: Supplied / Greenpeace

Early this morning they occupied the inside of the dam, which has yet to be filled with water, and set up a makeshift camp.

Police moved in and arrested them after an eight-hour standoff.

Greenpeace said it had no choice but to take the action after the dam's owner, Central Plains Water, threatened it with a court injunction aimed at shutting down a peaceful protest it had planned.

It said it wanted to raise awareness of what it said was widespread public opposition to irrigation schemes on the Canterbury Plains.