A Nelson woman who has fought for change around the use of medicinal cannabis has confirmed she wiped rat poison on Nick Smith. 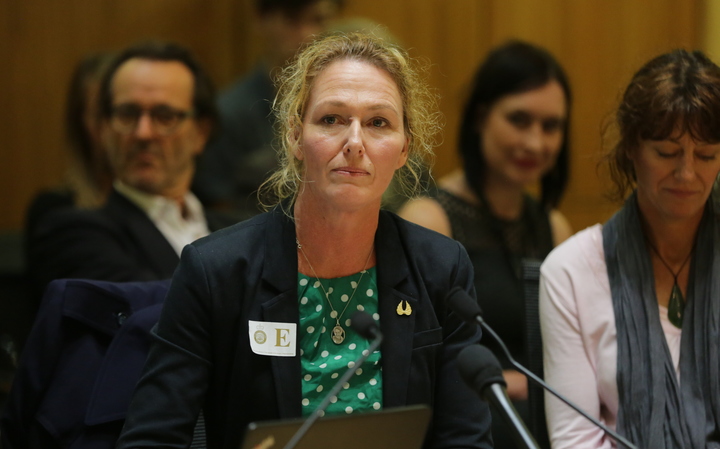 Rose Renton spoke to MPs earlier this year about her petition to decriminalise cannabis for medicinal use. Photo: RNZ / Hans Weston

The Nelson MP said poison was thrown at him and his family were threatened while at a Nelson market on Saturday, and he has complained to the police.

Rose Renton - who has campaigned for the medicinal use of marijuana since the death of her son Alex in 2015 - told Checkpoint with John Campbell she did it to protest a poison drop underway in a Nelson wildlife sanctuary.

The drop had been challenged in the High Court and the Court of Appeal but both agreed it was lawful.

She said she did it to send a message about a lack of respect for democracy.

"It was a message. I spent two years in the political arena, being shoved aside, I've got to the point that I no longer care about the political view, because we are ignored as people."

Ms Renton said she acted with her husband and there was no threat to anyone's safety.

Ms Renton said she had not yet been approached by the police.