An Auckland company is about to start trials of drones that can not only track rare birds but tell if they're running about, flying or mating. 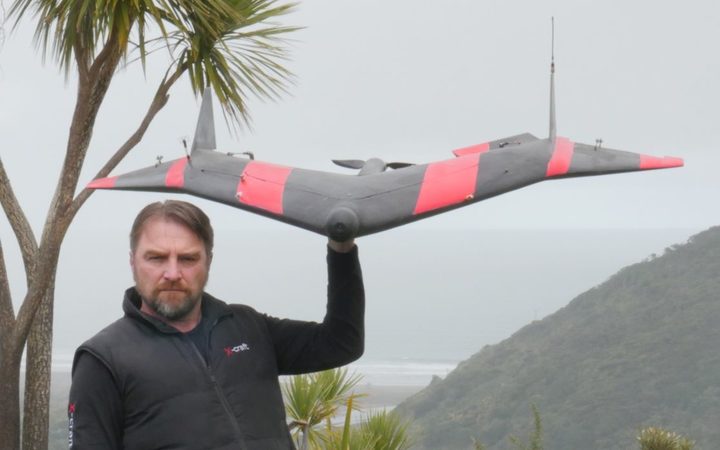 Philip Solaris with a Valkyrie drone outfitted to collect information from the sensors. Photo: Supplied

A small sensor would be put on an emergency worker's helmet or clothing, or on a bird's leg or feathers - or on a truck being used by poachers in an African game park. The sensors then communicate key information to drones.

X-craft chief executive Philip Solaris said the system was designed to work in GPS and cellphone blackspots, with the drones acting like mini-satellites transmitting data from the 50-cent size sensors.

He said there was no technology like it in the world that he knew of - plus it was very cheap.

"The people in the wildlife scene know about it and they're literally banging on my door ... they see the potential here not just to track, but to gain a massive amount of information."

The sensors would be tested on a sheep, llama and a turkey in the Waitakere ranges in the next fortnight.

If the tests went well, the product could be on the market in a month or two, he said.

Mr Solaris said the system had also uses far beyond what they originally set out to develop as part of a $25,000 World Wildlife Fund award.

"Particularly around the emergency services.

The sensor-drone technology morphed out of a project to develop radio-tag tracking by drone for the WWF.

One possibility is for a variation of the technology to be used by people caught in an earthquake zone where cell towers were down, so in-depth information about them could be streamed by relay drones to rescuers.