The gender pay gap in New Zealand has had its biggest reduction since statistics were first recorded - but it is still not as low as it was five years ago.

New statistics from Stats NZ show women were paid 9.4 percent less than men in June 2017, down from a 12 percent gap the previous year.

While the drop is the biggest change since the statistics were first recorded in 1998, the gap is not at its all-time low of 9.1 percent in 2012, and there was no consistent downward trend. 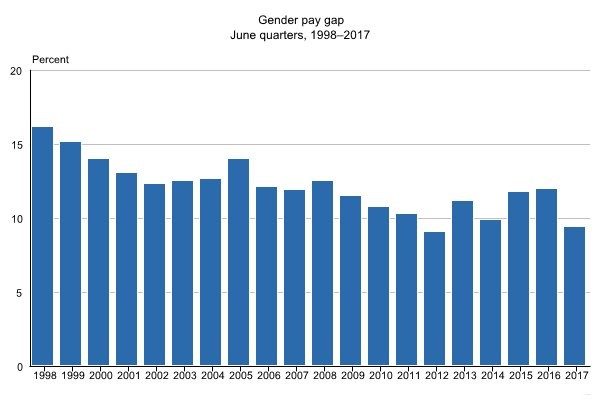 Certain occupations were closing the gap faster than others, including machine operators and drivers, clerical and administration staff, community or personal services workers and salespeople.

Labour leader Jacinda Ardern said the news was positive - to a point.

"It's encouraging to see if moving - of course at close to 10 percent we've still got some way to go," she said.

Dr Katherine Ravenswood, the co-leader of the Gender and Diversity Research Group at Auckland University, said while the statistics were positive, the government still needed to show more commitment to reducing the gender pay gap.

Ms Ravenswood said it needed to investigate why more women were in low-paid clerical and administrative jobs in the public service sector than in higher-paid professional jobs.

But ETU Union spokeswoman Jill Ovens said the statistics did not represent what was actually happening in the work force.

"We are seeing a lot of men going into low paid work particularly migrants. I saw it when Auckland Council had a change of contract for their cleaners, most of the new ones are Indian men. Just a few years ago that work force was made up of Pacific women.

Ms Ovens said the way the data was measured was misleading. 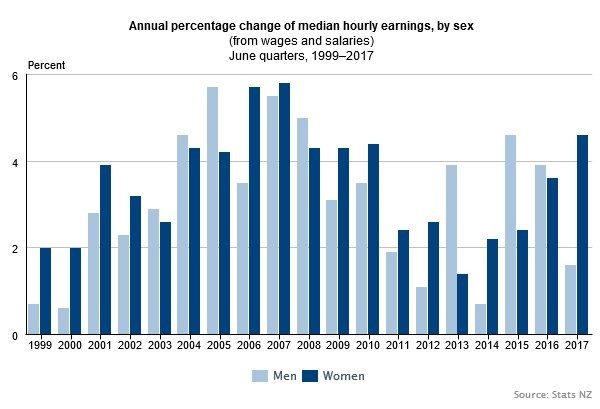 Meanwhile, the new statistics mean an Auckland electrician who has been cutting female clients some slack may have to change his rate.

Brad Kul made headlines for lopping 12 percent off his female clients' bills, after one told him she had been laughed at for asking for the same money to fill a role that a male colleague had been doing.

He said he valued his customers, and the discount was the right thing to do.

"It's just letting my clients know that there's a tradesman, a friend of theirs ... who may not fully understand what's going on but is standing beside them and saying 'this is not ok'."