Conservationists, divers and salvage experts warn the rusty hull of a treasure ship off the Northland coast threatens an oil spill four times worse than the Rena. 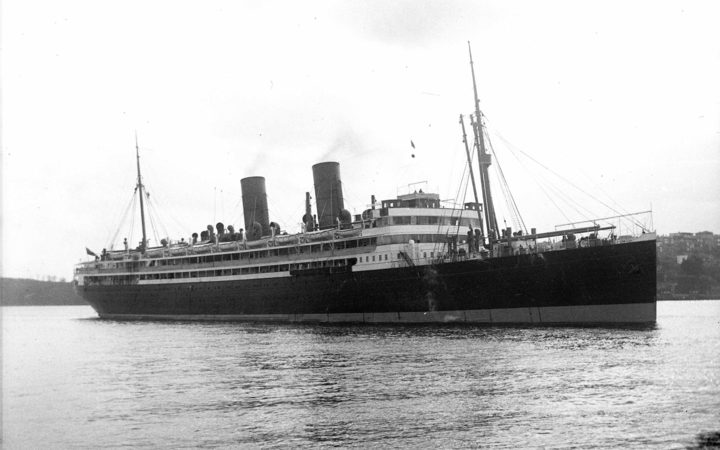 The RMS Niagara was sunk by German mines off Bream Head, Whangarei in 1940. Photo: Wikimedia Commons

The RMS Niagara, sunk by German mines 77 years ago, has been leaking oil ever since, and fears are growing that the wreck could suddenly collapse.

The once-stately ocean liner lies on her side, some 120m deep, in the shipping channels between the Hen and Chicken and Mokohinau Islands, off Whangarei's Bream Head.

On the night of 19 June 1940, she was on her way from Auckland to Vancouver with passengers and a top-secret cargo of gold bars - payment by the UK government for American munitions.

A mine - one of 228 placed a week before by the German naval cruiser Orion in a bid to blockade the Port of Auckland - blew a large hole in her bows. The passengers were saved and most of the gold was salvaged.

Author and underwater explorer Keith Gordon and others have warned a ticking ecological time-bomb still lies unexploded in her bunkers.

Mr Gordon, who once owned salvage rights to the wreck, said it had been belching oil since he first explored it in the 1980s.

"Even sitting [in a boat] over the wreck, there was always a strong smell of oil coming up around us," he said.

"We were based out at Tutukaka, and sometimes going out to the wreck we would find oil slicks. I remember one, it was about 15 kilometres long, coming from the wreck."

He feared the time was coming when the hull of the Niagara would finally implode, and a huge quantity of oil would be released into the seas off Northland and Auckland.

Maritime New Zealand has said in the past it did not know what how much oil was still in the Niagara's bunkers, but it was highly unlikely there would be any significant release.

It said there were large oil spills at the time of the sinking, and later during salvage operations.

Mr Gordon said that by his reckoning, even allowing for the spills, the Niagara still had about 1500 tonnes of heavy oil on board in bunkers that had so far held their own against the sea.

Year by year, the wreck was breaking down, he said.

"As well as the corrosion of the metals, it's biologically imploding - there's a bacteria that actually eats away at the iron. So, structurally, the ship in time loses its strength and it will suddenly collapse.

"It's not sitting upright and ships are not designed to be in that position."

Mr Gordon and a team of supporters asked this month for the Auckland and Northland Conservation Boards to back a plan for a high-tech survey of the Niagara.

Mr Gordon's associate Clive Sharp, a former Hong-Kong-based operations manager of a company specialising in underwater inspection and salvage, said modern remote-controlled submarines now used ultrasound to test the strength of a hull - and could even determine how much oil was inside. 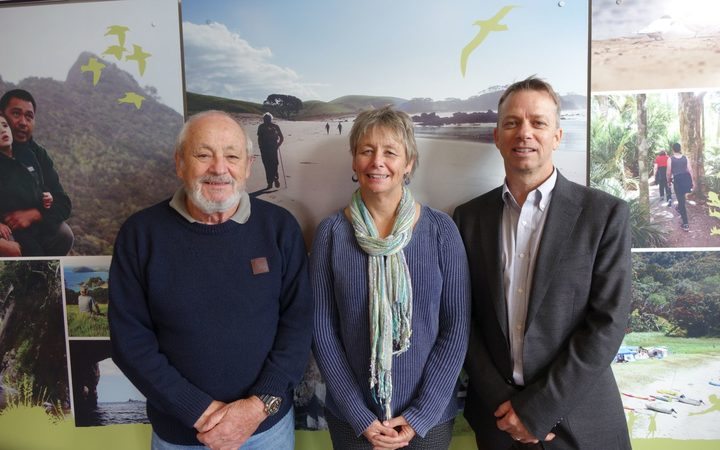 Mr Sharp said pumping the oil out of the Niagara using a submarine would be a challenge, but was now done routinely on wrecks around the world.

"It's actually not an unfamiliar task nowadays. There's a lot of wrecks out there that sink. They've all got fuel oil in them and there are a lot of companies that specialised in extracting it."

Forest & Bird seabird advocate Karen Baird says if that could be done, it should be done - and urgently.

She said if there truly were 1500 tonnes of heavy oil still in the wreck, it would be four times as much as the Rena dumped on Bay of Plenty beaches.

Ms Baird said working in the seabird 'mortuary' after the Rena disaster was a heart-breaker.

"Given it took six weeks for them to get any kind of response vessel to the Rena, that would give plenty of time for the oil to get to our beaches, to the islands ... it would be unspeakable."

The damage a Niagara spill could do to Northland's coastline, the Poor Knights, and the islands of the Hauraki Gulf did not bear thinking about, she said.

Auckland councillor Mike Lee joined those backing the call for action on the ship.

He said oil washing up on the Hauraki Gulf islands and Northland's east coast could spell the end for entire species of endangered seabirds.

"Thousands if not millions of seabirds could die but we could actually lose whole species, birds that breed only in places like the Poor Knights," he said.

"It's a very serious risk and we believe the authorities need to take it more seriously."

The Auckland Conservation Board has written to government ministers asking for an urgent review of the risk posed by the wreck of Niagara and the Northland Board endorsed that call.

Mr Gordon was pleased about that.

"Seventy-two years after the end of the war, the wreck of the Niagara - that act of war - is still a clear and present threat to the people of Auckland and Northland, the Hauraki Gulf and our natural heritage," he said.

"I think we need to do something about it."