Anti-whaling group Sea Shepherd will not fight the Japanese whaling vessels in the Southern Ocean this year. 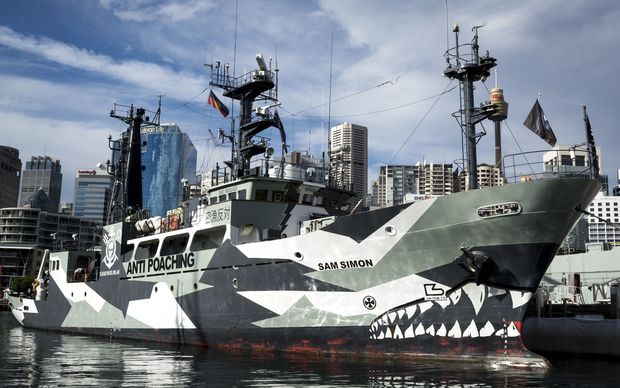 The group has been confronting Japanese whalers in the Southern Ocean since 2005, but now finds itself outgunned.

Sea Shepherd founder Paul Watson said the cost of sending vessels south and Japan's increased use of military technology has made it difficult to track the whaling boats.

"We simply do not have the technological ability to deal with the Japanese fleet. They can see us in real-time and we can't close the gap. We discovered that last season," he said.

"For the first time ever, they have stated they may send their military to defend their illegal whaling activities."

Mr Watson said he would never abandon the whales, but needed to devise a new strategy to fight Japan's whaling.

He accused the United States, Australia and New Zealand of turning a blind eye to Japan's whaling vessels in favour of "trade deals".

"Australia is definitely in league with Japan," he said. "When our ships come in we're harassed, we're investigated, we're searched, when our crew come in from other countries they have problems getting visas."

Mr Watson said if countries were against whaling they should monitor and deter whaling in southern waters.

"The results speak for themselves. Over 6000 whales saved," he said.

New Zealand participated in the International Court of Justice case that ruled Japan's whaling programme illegal in 2014, and has continued to state its opposition to it.