The cause of a sinking street in Whitby is unknown at this stage, according to Porirua City Council. 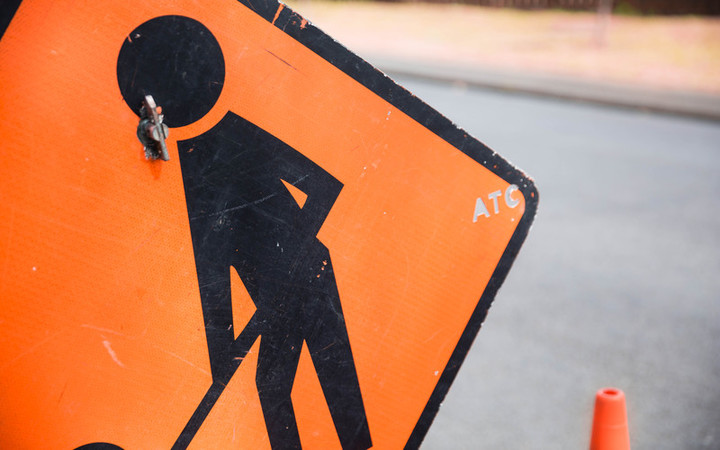 Albatross Close has been subsiding for four years and slipped again last weekend, by 90mm in one place.

Council staff have begun new investigations but cannot be sure when the problem will be fixed because they do not know exactly what the cause is.

The council has installed barriers to slow the traffic down while drivers negotiate the worst of the subsidence.

The difficulties they faced were obvious to Sarah King, 14, who lives opposite.

"As the cars are driving past you can see the ground is like a sponge and as they drive over it, the grounds sinks and bounces up," she said.

"It is really annoying, they (the council) are not trying to do anything about it and we just want that problem fixed."

The subsidence is worst on the downhill side of the road - but is causing cracks in the gardens of properties on the uphill side of the street, as the ground under the roadway pulls incrementally away from the hillside above.

"It's kind of scary, nothing seems to be happening to it, and it is sinking more and more," he said.

"We have been complaining that nothing is being done, [the council] is not solving the problem, just prettying it up."

Porirua Council has been aware of the problem for a while, and came last September to try to remedy the problem.

"They went down a metre in their digging till they hit hard clay," he said.

"They then filled it all up with large stones and then they put the surface on top.

"But even then they said it was a temporary measurement until they could find out what is the actual problem."

The new subsidence has required further investigations however, and at this stage the council is stumped.

"Well, until you know what the problem is you can't find out what the solution is," she said.

Tamsin Evans rejected a suggestion the council had been too slow to respond.

"To some extent we can never move fast enough when people have a problem around their property, particularly when there is an inexplicable cause," she said.

"I am satisfied we have moved as fast as we can, especially since we had a call on Friday to say the road has started to move again."

Ms Evans said the geotechnical survey work was due to be done next week and the bore holes would be drilled down a week or so after that.

In the meantime all the council could do was monitor the traffic until they found out more.