Auckland Council voted against allowing more shops to open on Easter Sunday at a meeting picketed by retail workers and church groups.

Only one councillor opposed the move, saying shops in the city centre should be allowed to open for visitors to the city. 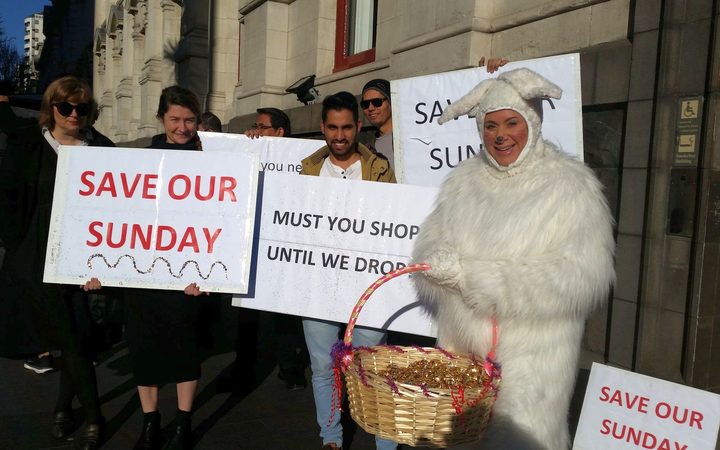 The debate comes after the government handed the decision to allow Easter Sunday trading over to local authorities last year.

Mayor Phil Goff said he wanted to retain the status quo because it was important for families, and if trading on Easter Sunday was allowed, Good Friday and Anzac Day could be next.

Mr Goff, a former Labour Party leader, said the issue came up 11 times while he was in Parliament and could never be resolved.

The government's handing it over to local authorities to decide can only be described as a "hospital pass", he said

However, councillor Desley Simpson said the status quo was archaic and unfair and the council should support business and visitors to the city.

She said there is a need to promote business and support the council's visitor strategy.

The council retains the option to allow Easter trading in the future.

An economic analysis by Auckland Council showed the impact of allowing shops to open would be minimal to the region's economy.

First Union retail secretary Maxine Gay said retail workers get only three and half days off a year and pressure to work on Easter Sunday cut into family time.

Before the vote, he said he would present a 2000-strong signature petition to the council, calling for the status quo to be kept.

Earlier this year, retailers in Rotorua and Wanaka were given the option to open on Easter Sunday for the first time, although Nelson City and the Tasman District have decided to keep Easter Sunday shopping-free.