A gunman who wounded four police officers in a house siege in Bay of Plenty last year has been jailed. 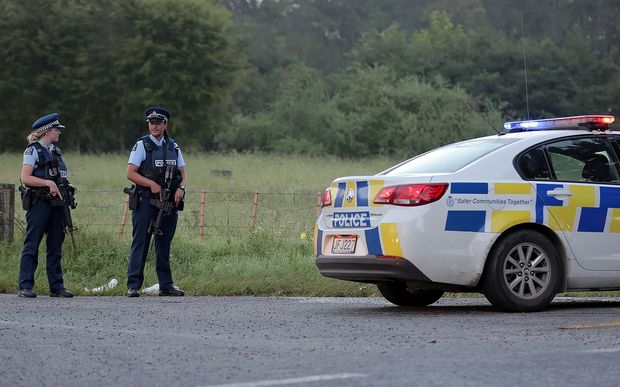 Police at the scene of the siege in Bay of Plenty in March 2016. Photo: Diego Opatowski

Rhys Warren, 28, has been sentenced to preventive detention at the High Court in Tauranga for a minimum of 10 years in prison.

In March, Warren was found guilty of two charges of attempted murder, one of using a firearm against police and one of wounding with intention to cause grievous bodily harm during the 24-hour siege.

Justice Timothy Brewer said during sentencing that Warren posed a significant and ongoing risk to the community.

He said Warren chose to use anger, violence and lethal force against police.

Warren decided to leave the court room before he was given his final sentence.

He defended himself during the trial and admitted firing three shots but claimed it was in self defence.

He said he was stressed and traumatised when armed police entered his house and he felt that he was fighting for his life.

All four of the injured officers have returned to work.

In his victim impact statement, Sergeant Logan Marsh said Warren made a conscious decision to try to kill the police officers.

Mr Marsh said his children were now worried every time he left for work, fearing he might not come home.

Outside court, Warren's mother said the process had been unfair.

"Really the system is not for Māori, because the blacker you are in this country, the worse off you are. We've been treated like that since colonisation."

She said the family will appeal against the sentence.