Saving up money for a house or study isn't easy for those on lower incomes, so one Dunedin employer has come up with a unique way to help their staff save. 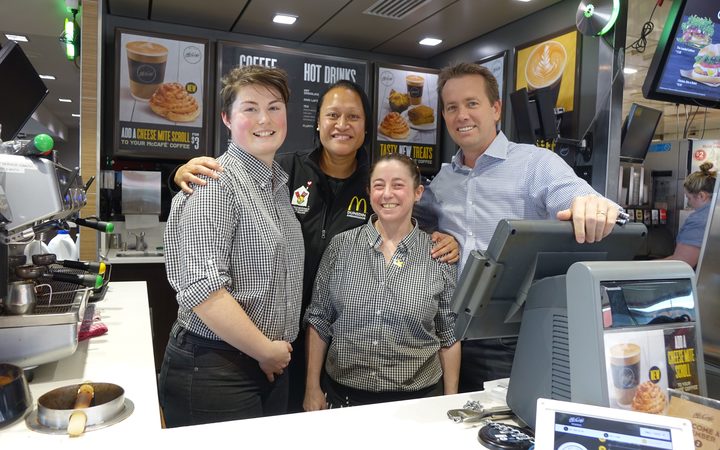 Justin and Eterei Stonelake, who own the city's three McDonalds stores, are investing their own cash into a staff saving scheme to give a little something back.

They worked their way up for two decades at the company in Auckland and Northland, before taking over the Dunedin franchises five years ago, where they set about sponsoring community projects.

But this year, Mr Stonelake said they realised they wanted to help their own employees, so the Stonelakes started a staff lifestyle scheme.

"Hopefully this will just give them the impetus to just save."

Full-time workers who have worked at the company for more than a year can become eligible to join and put aside a dollar for every hour they work each week.

Workers in the scheme also receive a payrise to $17.40 an hour and are rostered on regular hours.

All Dunedin McDonalds workers, regardless of whether they join the scheme, are also offered a free gym membership to encourage a healthy lifestyle. 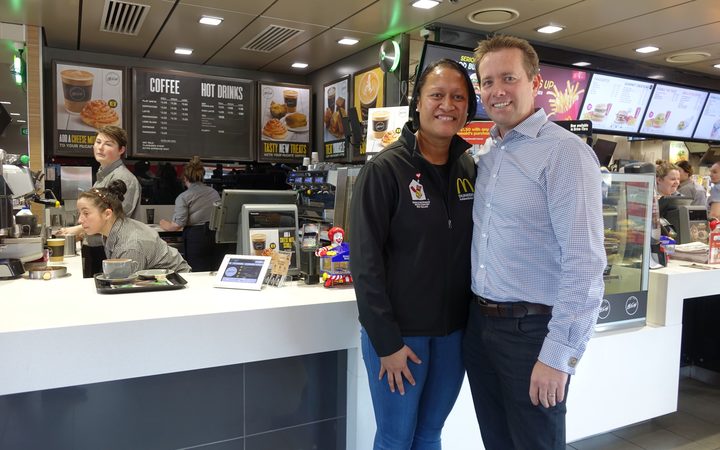 Mr Stonelake said the couple started the scheme with the intention of helping staff save up for study, but then realised their older staff in particular had more pressing needs.

"We've got kids, we understand the pressures of life and trying to get into a house.

"In some parts of New Zealand you just can't do that, whereas in Dunedin that's a dream that can be made real."

The nest egg can be used alongside Kiwisaver and government housing grants.

He said an average full time worker could build up about $20,000 after three years saving.

"In Auckland that would probably get you a letterbox, but in Dunedin that's a really good place to start looking for your own home."

He said their oldest worker, who had been with the company for about 23 years and was 60 years old, didn't need to study or buy a house, so she was welcome to use the money towards a world trip, or her children's education.

Mrs Stonelake said their staff worked hard for them, so she got a buzz out of recognising their effort.

"It's that heartwarming fuzzy [feeling], knowing that you're helping a mum or a dad or people that couldn't afford otherwise to get into a home and know that it's theirs.

"It's not [about] getting our name out there, people go 'oh you're just beeping your own horn', it's not like that at all."

Mr Stonelake said the couple had so far put about $350,000 towards the scheme, but would continue to contribute in coming years. 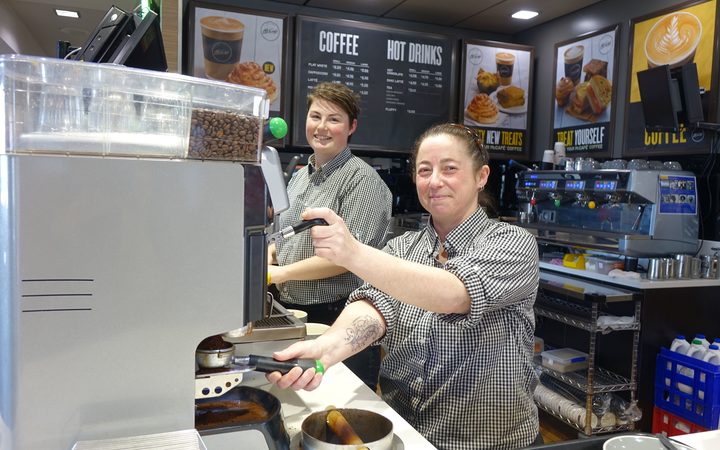 Worker Tash Watterston, 40, has been at McDonalds' Anderson Bay branch for almost 10 years, and entered the savings scheme earlier this year.

As a single mum with five children, she wasn't interested in further study, but when Mr Stonelake suggested saving towards a house she thought it was "awesome".

She said the Stonelakes threw her a lifeline.

"They're like a lifesaver. I can't say there's any other bosses out there who would do this for their staff."

Fellow worker Hayley Bomford, 24, has just joined the scheme and said she also wanted to buy a house.

She moved to Dunedin from Auckland two years ago, and said since she started to save, it was the first time she had been able to think about home ownership.

"It's almost like growing up knowing that you're never going to be able to afford that, and then you go into the renting market, and then you're just stuck renting and you can't afford to buy your own home."

She said she had always wanted to own her own house, and be able to "bust down a wall" if she wanted to.