A Southland town that welcomed hundreds of freedom campers into its main domain is split on whether to expand the area. 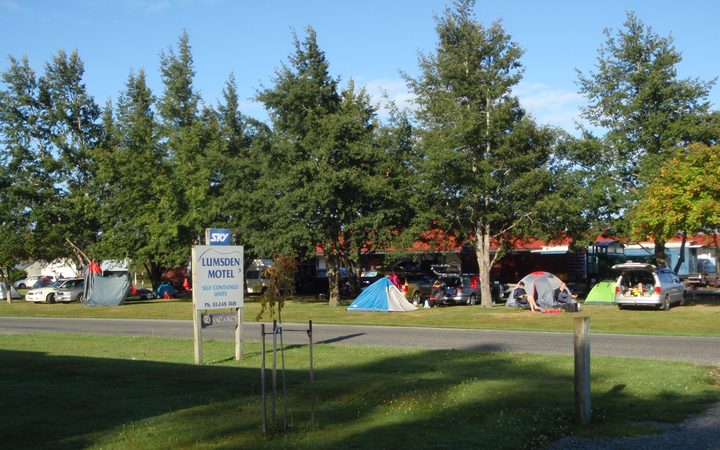 Last summer more than 100 vans and tents pitched up some nights around Lumsden's old railway station.

The town is debating a council bylaw change which would expand the area for freedom camping and create a tent-only area.

It made Lumsden look like a Syrian refugee camp on the news, the owner of the Lumsden Motel, Brian Ross, said.

His motel's visitors complained and might not come back.

The campers pitch up in a historic railway station, and hundreds of volunteer-hours have gone into restoring the locomotive and tracks, but no-one can see them because of the washing drying and the vans blocking the view, Mr Ross said.

"It's a blot on the landscape, and it is ruining the middle of our town," he said. 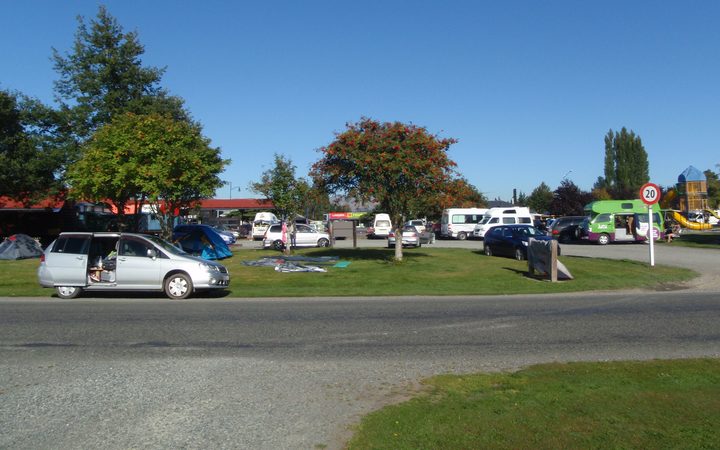 The town of Lumsden is divided over the influx of freedom campers. Photo: Brian Ross

But the campers have strong supporters too.

The owner of Lumsden's historic hotel, Tim Hanna, hardly saw the campers in his pub, but he liked the vitality and different cultures the campers brought.

"I don't subscribe to the view they make the place look terrible, because I don't think they do. They just make it look busy," he said.

The town thought it might get a maximum of a dozen campers and suddenly got 100 because smartphone apps like CamperMate were directing people there, Mr Scott said.

He was scared by the horror stories he had heard about freedom campers but the town's experience had been the opposite.

"These guys have been really good, really respectful, and they have added so much to the town."

The local swimming pool had become popular again, all the shops had got more customers and the town was on the way up, Mr Scott said.

He was driving changes to a council bylaw that would tweak the rules, expanding the area the campers could use and creating a special tent area.

However, Mr Ross thought that was crazy.

"All the bylaw is doing is making the illegal situation of the past two years legal," Mr Ross said.

Southland's mayor Gary Tong said he had tried to keep quiet about the bylaw because he owned a holiday park himself and felt conflicted.

But people needed to realise the impact on accommodation providers and the tourist attractions they supported, Mr Tong said.

And some of the situations created were just not appropriate for the middle of a rural town, he said.

"We just happened to drive round the back and here was a totally naked male having a scrub behind the back of his van," he said.

"I know it happens in some countries in the Northern Hemisphere but it's not something we want our kids to see."

The council's consultation on freedom camping closes at the end of today, with a decision likely next month.