A school principal's assembly talk about suicide was a risky move but well received by the students and their families, he says. 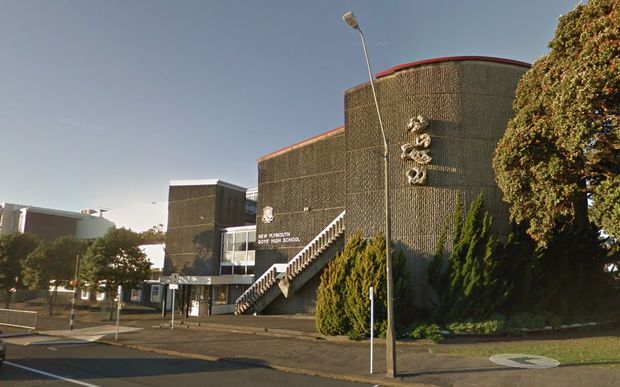 Paul Veric told his students at New Plymouth Boys High that nothing much scared him, but the one thing that could keep him awake at night was the problem of suicide.

No problem in life was too big to overcome if people acted with love, he told them.

He told Morning Report it was not every day that a principal of a boys' school talks about love.

Mr Veric said he felt duty bound to discuss the issue and had had a fantastic reaction.

"Firstly from the boys, which is the most important part of this, they received it very well, very maturely.

"It's not every day that the headmaster gets up in front of them and mentions the word love at a traditional boys' school."

The students had gone home and discussed the speech with their parents, which was the real success, he said.

Parents had been very supportive of the talk, and reassured that despite being a traditional school it had a modern-day approach to the issue.

"It's going to be a gradual and slow change to turn around, the way that young people cope with life pressures.

A multi-faceted approach was needed to deal with the issue, Mr Veric said.

"I think it's about education, I certainly think it's not by not talking about it and pushing it under the rug like a dirty secret.

"We have to talk about it and make it safe for our young people and anyone to come forward and to look out for each other."

An excerpt from Paul Veric's speech:

Every boy here will undoubtedly know someone who is struggling, or has struggled so much, they just don't know what to do.

Not many things scare me, boys. I don't lie awake at night worrying about that many things. I sleep very well, other than on this one topic. This one word deeply concerns me. It makes me feel sad, helpless, and guilty that we should have done more. What did we do wrong to not help that young person get back on track? That word. That terrible word. That word that shouldn't even exist as a concept - shouldn't be even required in our vocabulary.

This word upsets me because I see potential in every life. I see possibilities. I see opportunity and I see hope and aspiration. No situation, no circumstance can ever, in my opinion, ever be stronger than the ability for anyone to recover from adversity, pain, or despair. There is always hope and always something to live for.

The health and wellbeing of youth in this country is very concerning. I am not sure we are actually addressing it appropriately, as a country or as communities. I say this because every day I hear of a young person who is struggling in some way. Struggling so much they feel helpless. They feel alone.

I am so encouraged by the willingness of young men and women to talk more openly about their feelings and I want to remind each and every one of you that there are people you can talk to who are safe, confidential, and ready to support you. Please ask. Please talk about the things that are concerning you. Our guidance team is just one of the many safe places you can go to.

If your best friend is struggling, you don't have to fix it on your own. We are all in this together. Everyone working together, focussing on small changes and improvements, means a happier, safer school.

Rather than talk about the negatives further, I am going to talk about the positives and another word we rarely mention. We are quick to mention suicide or depression in conversations, but there is a word less heard and more frightening in our vocabulary, especially in a traditional boys' school context.

Yes, it's thrown around, but it's a word we joke or snigger about sometimes. Often used incorrectly, the word "love" is misunderstood and not used correctly nearly enough. It's not used with sincerity and, more importantly, not backed up with action that demonstrates love.

I was struggling with a way to explain the concept of love, and although I am not personally religious, a religious saying sums up best what I am trying to say. "Love thy neighbour." It's a simple, yet effective statement. It sums up love in a way that we should use it, but don't.

Love the people around you. Show love, give love. We don't love enough. Nor is it talked about enough.