Auckland Grammar, one of New Zealand's leading secondary schools, has hired its first ever teacher of te reo Māori.

The boys' college has also made te reo Māori a compulsory subject for all year nine students. 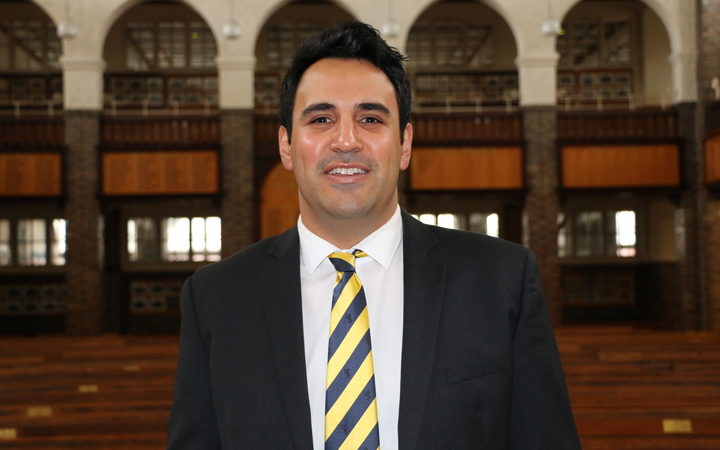 Māori language teacher Neitana Lobb, who was hired last year, said it has been an exciting journey to lead the school's Māori language education.

"The school is 147 years old and to be the first Māori teacher - that really appealed to me because it's something that has never been done before."

The school has more than 500 year 9 students, and only one te reo Māori teacher, but Mr Lobb is relishing the challenge of selling the benefits to his students.

"You get the odd person saying, 'why should I learn it?' and 'I don't need it when I go overseas', but that's something people don't know - you do need it.

"Especially in the public sector and I've worked with lawyers and things like that in the past to help them with their mihi and how to use te reo Māori in their profession. A lot of people that I talk to who have finished school say 'I wish I had of learned it when I was at school'".

But when a review of the curriculum was conducted in 2015, it discussed introducing a new language - although te reo Māori nearly didn't make the cut.

"One of the langauges we were considering was Mandarin but when we got to the point of considering Mandarin, the question that came out of that was, before we introduce a new language shouldn't we introduce te reo?" Mr O'Connor said.

He believed te reo Māori should be taught at all schools throughout the country.

"I think te reo should be an offering in New Zealand schools but I understand its a decision for each school to make.

"Being able to speak some te reo, to have an understanding of tikanga Māori - just being able to introduce yourself through mihimihi in New Zealand, moving forward, is something that would excite most New Zealanders."

Mr Lobb agreed, and said te reo Māori was a vital part of what it means to be a New Zealander.

"It's important because it is a national language and it is a part of our identity as a country. It's good to have that connection with tangata whenua."

Next year, te reo Māori will be offered as an option to Auckland Grammar students in years 9 and 10 and will be available to all students by 2020.