A property developer who is to build and gift a new $50 million children's hospital in Wellington says its design is completely up to the district health board. 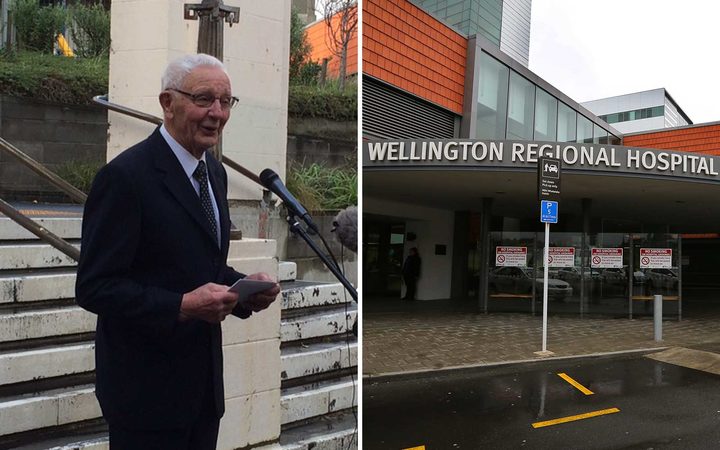 Paediatricians and parents have for years been calling for a modern purpose-built children's hospital for Wellington, saying the current 30-year-old hospital doesn't pass infection standards and has virtually no air conditioning system.

But although the DHB was aware a new hospital was needed, it had appeared that wasn't going to happen for decades, if at all.

Yesterday, Mark Dunajtschik - a philanthropist and Wellington property developer - signed an agreement with Capital & Coast DHB to build a replacement facility, which would have 50 inpatient hospital beds as well as space for families.

Mr Dunajtschik said he had always supported people who were in need.

"My philosophy is that people who are born with a healthy body and a healthy mind can look after themselves, but people that are unfortunate [enough] not to have that blessing, I'm prepared to help."

Mr Dunajtschik also started the helicopter rescue service Life Flight Trust in 1975 and funded it for about 10 years.

He said he would not determine the hospital's design.

"It's very clear that the DHB people design the hospital and do the specification because they are the ones who know what they want."

He said his speciality would be in building the hospital, so he was now waiting for a wish-list from the DHB as to what was required.

Mr Dunajtschik said Wellington Hospital foundation chairman Bill Day had approached him for a donation to build a children's hospital, but he had decided instead to fund the entire project.

The Wellington Hospital's Foundation aims to fund-raise $5m for extra furniture, fittings and equipment for the new hospital.

And the DHB said it would need to contribute up to $7.5m for activities outside the project, such as demolishing existing buildings on the site.

Mr Dunajtschik said it would be up to the DHB as to whether his name was on the new hospital.

He quipped that despite it being a long name, it was not too difficult for the Anglo-Saxon tongue to pronounce, because it rhymed with "goodnight chick".

The hospital was expected to be about 7000 square metres and built within the existing Wellington Regional Hospital campus.

Construction was expected to begin early next year and take about 18 months to complete.