The south Auckland marae that opened its doors to the homeless last year is about to do so again. 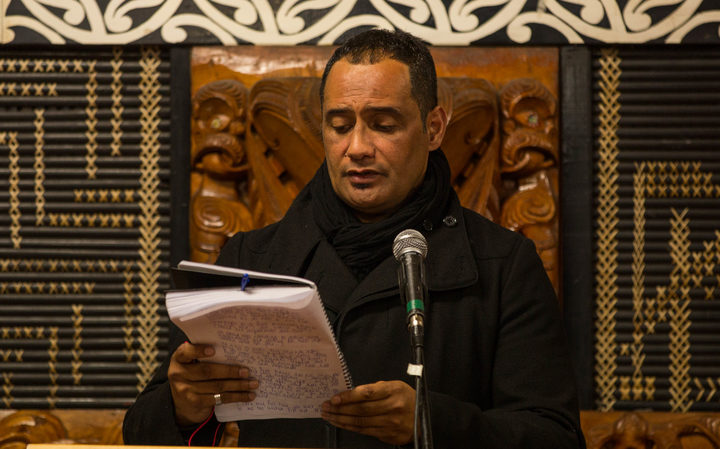 Hurimoana Dennis reading out letters of thanks in August 2016 from people who'd received help from the marae over winter. Photo: RNZ / Claire Eastham-Farrelly

Starting on 18 July, it will again take people in - for six months.

"We believe we can still ... support homeless families. We did it last year - we learnt some things, and we put people into homes.

"It's an opportunity ... to work with agencies, to show agencies what best practice engagement looks like for our Māori families, our communities and those who are homeless." 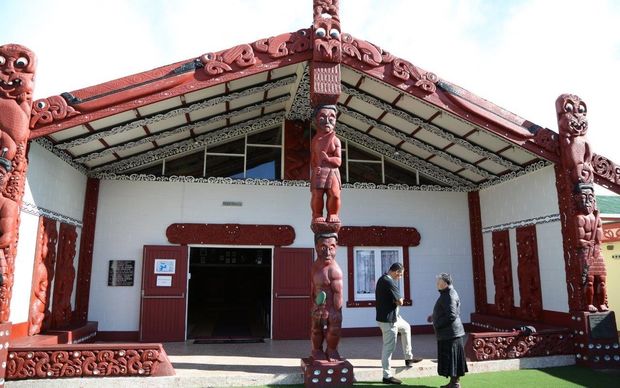 Te Puea Marae in Mangere will open its doors to the homeless for the second winter in a row. Photo: RNZ / Shannon Haunui-Thompson

Mr Dennis said the marae would be taking a more measured approach than last year, helping 25 people at a time for six to 12 weeks.

It was looking for donations of office furniture to replace the resources it gave away away after it closed its homeless operation last year.

Mr Dennis said he was reasonably confident the people helped by the marae last year were on track now.

One of the families the marae had put into a home last year had made the the front of a magazine for winning an Auckland Council's recycling competition.

"That was sign to us, and to them, that they'd really plugged themselves into the community.

"That for us is an outcome."

One year on the situation is probably worse, said Mr Dennis. But lessons were learnt and this time it will be more family focussed.

"Our profile of our clients, or our whanau, is Mum and Dad and kids, solo parents and kids, there will be no rough sleepers. That's too hard for us - that's high end mental health substance abuse stuff. And I've asked the agencies that our whanau be paid."

The government's commitment of $125,000 will fund support services and rental subsidies. All families will be referred through Work and Income.

The associate minister of social housing, Alfred Ngaro, said the support would extend further than people's stay at the marae.

"Some of the learnings from last year was ensuring that we had senior [Ministry of Social Development] staff that were available and the Housing Corporation. So again they could answer some of the questions, process some of the needs of the families.

"So this will be transitional housing so they'll be able to be housed for up to 12 weeks. And at the same time too there's an extension after they get placed of another 12 weeks of support."

Mr Dennis said no one would leave the marae until all staff were convinced they were ready. Otherwise they'll move into their new homes but their issues will remain hanging over them, he said.

"That could be anything from maybe family violence issues, truancy issues, unemployment issues, budgeting issues, anything. Otherwise all we're doing is moving an issue from left to right and not really achieving much."

Mr Dennis said the marae is still seeking food donations, office furniture and a photocopier before they open next Tuesday. 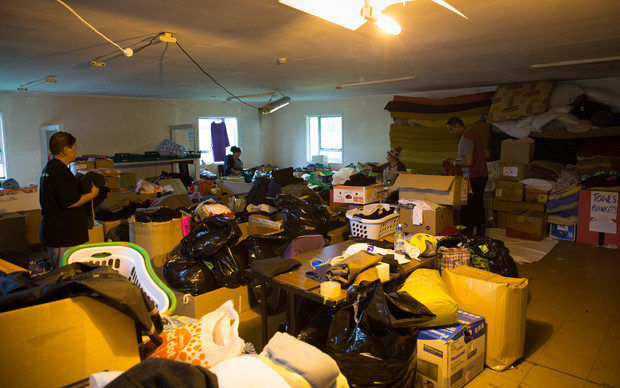