A hard-of-hearing roller derby athlete has received an apology and settlement, nearly three years after taking her discrimination complaint against her coach to the Human Rights Commission. 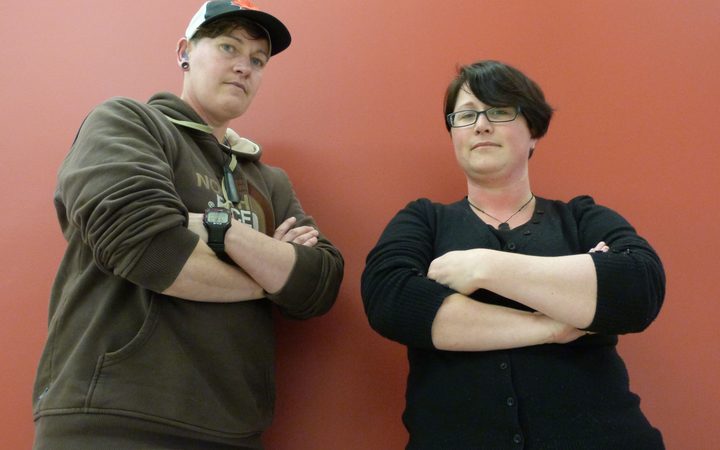 Marcia Taylor started to lose her hearing at the age of 13. It has made life difficult for her, especially in finding team sports to get involved with.

But one sport she can play is roller derby.

"The only way that [my hearing] affects me is when referees are calling - but everyone is affected, because there's so much noise... I don't think I'm on an unfair playing field."

Ms Taylor first got involved with roller derby in 2010 and within two years, she was a star player for Wellington side Richter City Rollers.

Good performances meant she made the preliminary national squad of 30, from which 20 players would be selected for the world championships in 2014.

But it was about this time that some issues between Ms Taylor and the team's coach, Stacey Roper, came up.

"Everybody knew that at the end there would only be 20 skaters going, and when she did her final cut I didn't make it - which was fine, because it was about sending the best skaters to worlds."

But after missing out on selection, Ms Taylor saw some comments from Ms Roper on Facebook.

"One of the reasons for my non-selection was because I was a liability due to my hearing. It had nothing to do with my skating abilities - my disability was my reason for exclusion. That was really devastating. It felt like a personal attack."

'It made me embarrassed for New Zealand roller derby'

According to Ms Taylor's representative, the Director of Human Rights Proceedings, Ms Roper's comments implied Ms Taylor's disability was holding the team back.

The coach also said she was annoyed people had to "walk around eggshells" when discussing disabilities, and said "it's called a disability for a reason".

One of Ms Taylor's teammates in 2014 was Hannah Jennings, who now plays the sport in the United States.

Ms Jennings said she was appalled by the comments.

They didn't get a response so they took the issue to the media.

After receiving a reply later that night, which they found completely unsatisfactory, Ms Taylor - with Ms Black's encouragement - took the matter to the Human Rights Commission, which was unable to resolve the matter.

Finally, after nearly three years, last Thursday Ms Taylor finally got what she wanted: an official apology, $4000 and, most importantly for her, two official team uniforms she was entitled to as part of the trial squad.

The dispute led to widespread criticism of the Roller Derby Association, and led many regional teams to withdraw from the national association.

And since 2014 the association itself has disbanded - it has now been replaced by Aotearoa Roller Derby, which cites inclusivity as one of its main aspirations.