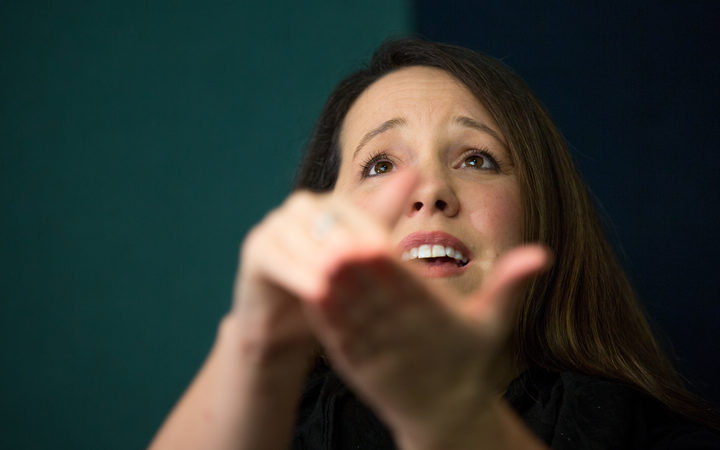 This week at Auckland's Civic Theatre, West Side Story will be translated into sign language, so deaf audience members can enjoy the show.  Kelly Hodgins explains the intricacies of translating speech, song lyrics, rhythm and melody simultaneously.

It takes the entire body and a lot of preparation to translate music into sign language. Just ask interpreter Kelly Hodgins who’s currently translating West Side Story at The Civic in Auckland.

Kelly’s been translating performances for nearly 13 years, first taking to the stage at Takapuna’s Pumphouse Theatre signing for children’s shows.

For West Side Story she’s been fastidiously studying the script, characters and a DVD of the show, which features a Broadway cast.

WATCH: How sign language innovators are bringing music to the deaf

The difficulty with interpreting music is it’s multi-layered. “You’ve got the layers of the instruments, the beat and the bass. Then you’ve got the lyrics sitting on top of that. It’s virtually impossible to do simultaneously,” Kelly says.

To interpret everything you’d need multiple people for multiple layers, but that would become a visual mess, she says.

For her, she chooses the most important parts. “I try to keep the lyrics in my hands … the beat in my body … and the rest of it, like voice intonation, sits in our face.”

She’s also expected to translate multiple characters at one time. If they’re singing about the same idea, theme or key message, she’ll meld them together. The positioning of her body also indicates a shift of characters.

All of this is prepared in advance, which is very different from “platform translation” which is translating speeches and presentations. Kelly says you can’t interpret music live on the spot. “There’s no lag time. No delay. You have to pre-empt things. You have to be on a beat. You have to be turning your head to guide the audience to something happening on stage,” she says. 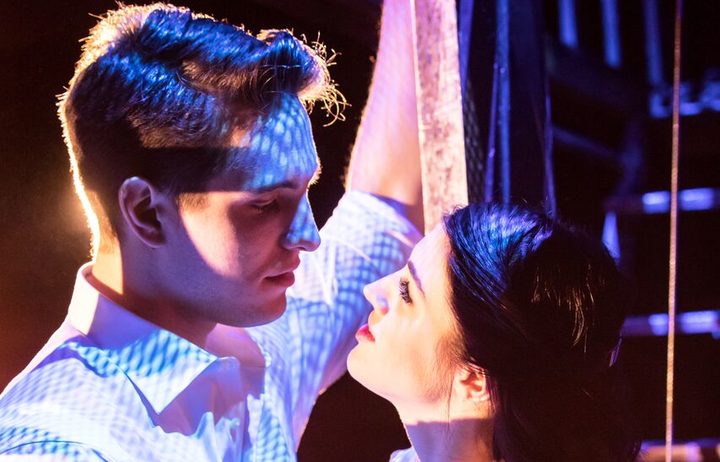 While Sondheim and Bernstein’s music is hard, it’s not the most difficult she’s had to interpret. “My Everest was Cats because it was nonsensical. I had the dictionary out every five minutes,” she laughs.

Another challenge was Wicked in 2011, where she did the entire interpretation solo. Now two translators take to the stage. Overseas three or four are preferred.

“Different deaf communities have different needs. Our community feels there’s a little too much going on and they'll miss out on what’s happening on stage if they're constantly watching the interpreters,” she says.

“Going to the theatre … I like to think that it sometimes affects your well-being. It’s somewhere you can just go and lose yourself and the deaf community don’t necessarily have access to that and I think that’s quite sad.

“Now that we’ve been able to provide it, we’re finding that the numbers are increasing because they’re just getting lost in the world as well.”

Some more challenging musical genres include pop, opera and instrumental music. Pop music offers a chance to be more colloquial, but because of the repetitive nature, signing also becomes repetitive. Kelly has to find new ways of signing the same thing.

Opera is also difficult because of its language barriers, and classical and instrumental music is the most difficult because there are no lyrics. “It’s difficult to paint pictures with just instruments. It doesn’t evoke emotion. It’s not beautiful [to watch],” she says.

The sign language interpreted performance of West Side Story is presented as part of Auckland Live's Arts Accessibility Programme.