New Zealand has one rule for the rich and another for the poor when it comes to immigration, a South African family at risk of being deported claims. 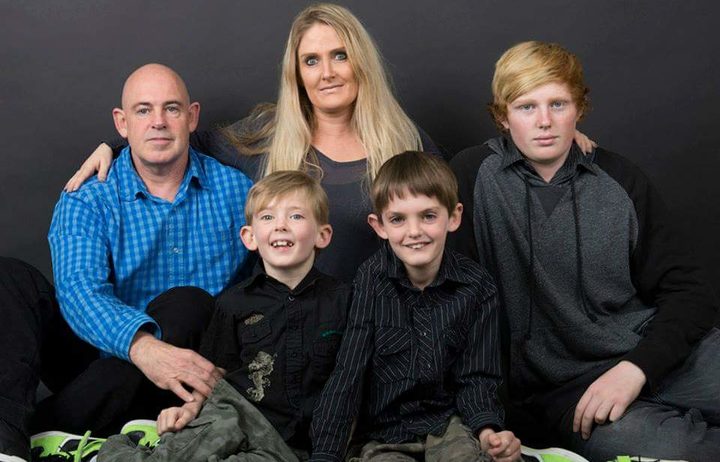 Wouter Olivier, 53, is begging the government not to boot his family out of the country after his work visa was declined, despite spending nine years here.

His case is currently being reviewed by the Associate Immigration Minister Scott Simpson, after the family's local MP Craig Foss requested the minister intervene.

It comes at the same time as revelations about US billionaire Peter Thiel's bid for citizenship.

Internal Affairs last week revealed the entrepreneur had spent just 12 days in New Zealand before being made a citizen.

"We've been really struggling... put through so much hardship in the last few months, just to get the opportunity, just a chance, to make a living here and stay in New Zealand.

"Someone else comes and they get citizenship after 12 days... It doesn't make sense. It feels so unfair," he said.

"If we had that kind of money, it would've probably been a lot easier for us."

Mr Olivier has been in New Zealand on various work visas since arriving with his wife Gillian and three sons in 2008.

But late last year, his request to renew his visa was declined because his Hastings employer hadn't re-advertised his position.

Two separate appeals were then rejected - despite letters of support from community leaders including the Hastings mayor Lawrence Yule.

Neither he nor his wife have been able to work since February and his children have been out of school.

"Our current situation is really dire. We do have food - but it's all supplied by people in the community and community services. We are currently being evicted out of our house."

He acknowledged that he had "got into a bit of trouble financially" in the past, but said that shouldn't be a reason to disqualify him or his family.

But he said those issues were in the past and had been, or were being, resolved.

Both he and his wife were made redundant in 2009, he said, and then he had to support his family on a minimum wage job.

He took out a loan at the time "to keep surviving" and admitted a court had also ordered him to pay that back when he fell behind on repayments.

But Mr Olivier said he had been paying that loan off and had been in strong financial condition last year.

"We were getting right on to our feet. We were both earning quite good salaries. And that's why we were on the brink of starting our residency [application].

"And then everything got pulled out from under our feet... It seems like everything is crumbling all around us."

Immigration New Zealand said it was "unable to comment" while the family's case was being prepared.

A spokesperson for Associate Immigration Minister Scott Simpson said it would be inappropriate for him to comment while the matter was "under consideration".

"Our lives are literally in his hands," Mr Olivier said.

"We've invested absolutely everything we've ever had - that we've worked so hard for all our lives - to come to New Zealand.

"We've been in the country nine years. Our children don't know anything else... This is home for us. This is where we want to be."