Children from several schools created their own placards and protested outside Parliament today demanding the government ban plastic bags. 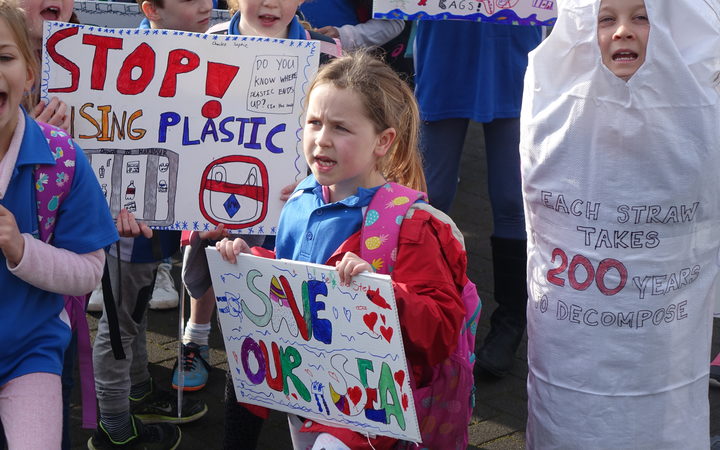 Students from around the Wellington region protested outside Parliament in support of a petition to ban plastic bags. Photo: RNZ / Mei Heron

They were on hand to help hand over a petition, started by students Imogen Yates-Aitken and Caitlyn Petrie from Carisbrook School in Dunedin.

The pair started the petition, which has now been signed by over 4000 people, after learning at school about the damage plastic bags have on the environment.

"We wanted to stop that, so we asked [our local MP] Clare Curran if she could help us ban plastic bags," Imogen said.

"It's so bad for the environment, and it's our future," Caitlyn added.

Their teacher Ann Ruxton, who flew up to Wellington with Imogen and Caitlyn, said it had been inspirational.

"It's so great that young people have a voice, they have some political might, and they feel empowered to do something."

It was also a great learning opportunity, Ms Ruxton said.

"Not only have they learnt a great deal about the environment, they've learnt about the political process and that they can make a difference.

"That's the most important thing to know that they can make change." 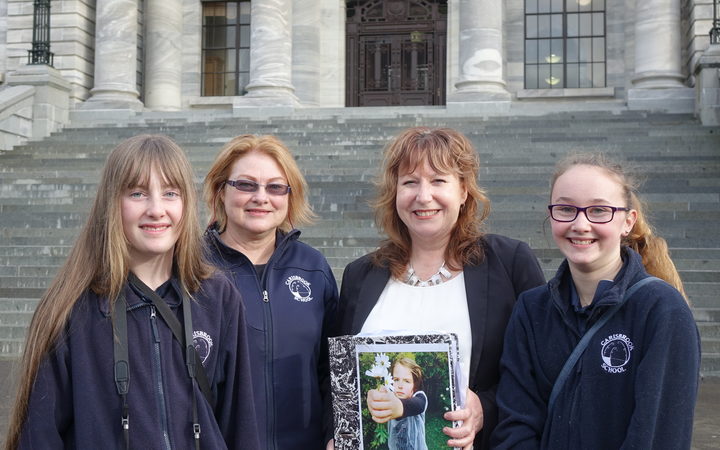 When Heather Haswell, a teacher from Paremata school, heard a petition was going to be presented she knew her children should be involved.

Initially only 15 children were going to come to Parliament, and those wanting to do so had to write an application letter stating why they were passionate about the environment.

But Ms Haswell said in the end each letter was so good, 44 children were brought along.

"They all made placards in their own time during lunch breaks and wrote their own sayings, and really spent time creating something that was meaningful.

"I just looked out there and I thought, 'Wow this is amazing', seeing them standing with Carisbrook school, there's children from Kapiti, and there's some early-childhood students, and they're all saying enough is enough. They want a future."

Labour and Dunedin South MP Clare Curran said she was first approached by Imogen and Caitlyn in October last year and helped the girls write the petition.

"I just think this is fantastic, because it's kids who actually really believe something and really want to change something and they're seeing it through."

The petition will now go to a Parliament Select Committee for consideration.

"Here's them taking their first political actions and I think it's up to us to take it really seriously," Ms Curran said.

"They are actually the voters of the future as they told me. It's up to me and all members of Parliament to listen, and if we don't we do so at our peril." 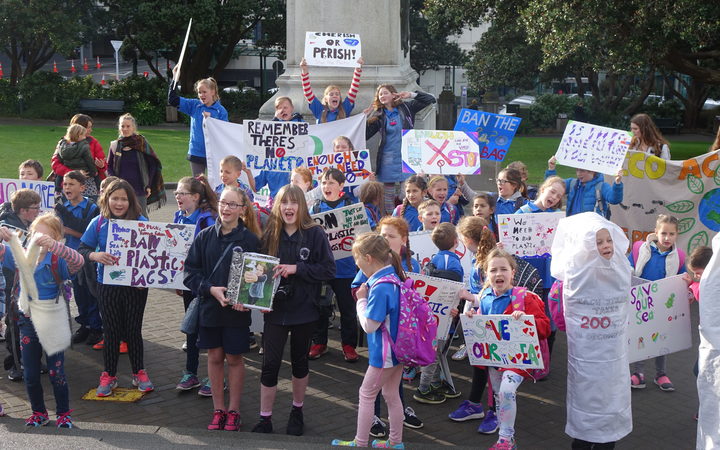