An Air Force Orion has found a New Zealand-owned yacht with four people that ran aground on a reef about 425km south-east of Fiji capital Suva. 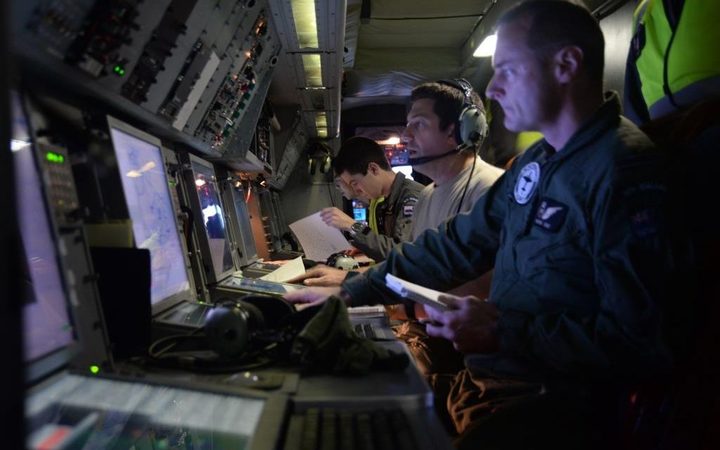 The Rescue Coordination Centre said the 18m yacht was badly damaged, but the four people on board were all safe.

The crew had a life raft and would go to a nearby island, where they would be picked up by a Fijian Navy patrol vessel.

There was a small settlement on the island, with just a couple of buildings.

The rescue centre said it would take about a day to rescue them.

Crew members on the yacht activated its emergency locator beacon at dawn when it got into trouble.

"Time is of the essence in situations like this," said Air Commodore Darryn Webb earlier today. "The Orion's priority is to locate the vessel, ascertain the nature of its problem and provide assistance as required."

The Defence Force said crew sent text messages to their relatives overnight to inform them that their vessel's backstay was broken, affecting their ability to sail. 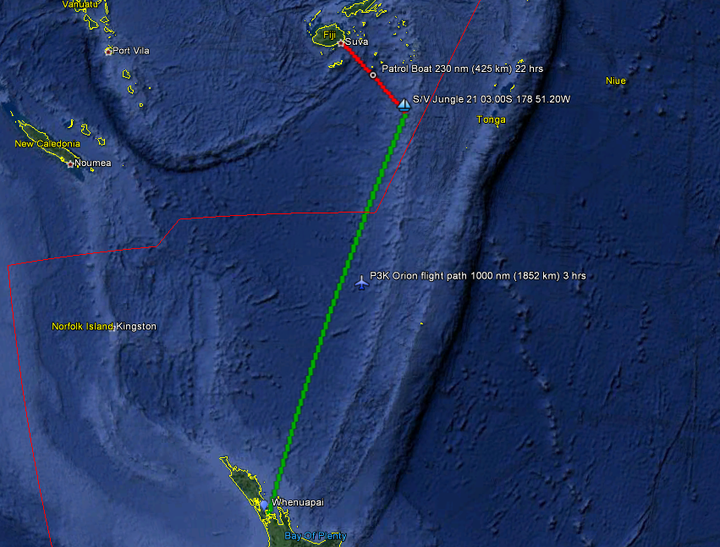 Rescue Coordination Centre map showing the location of the New Zealand yacht aground on a reef south-east of Fiji and the Orion flight path. Photo: Supplied / RCCNZ