High country land near Queenstown, including the Remarkables, needs to be made into a national park, Federated Mountain Clubs says. 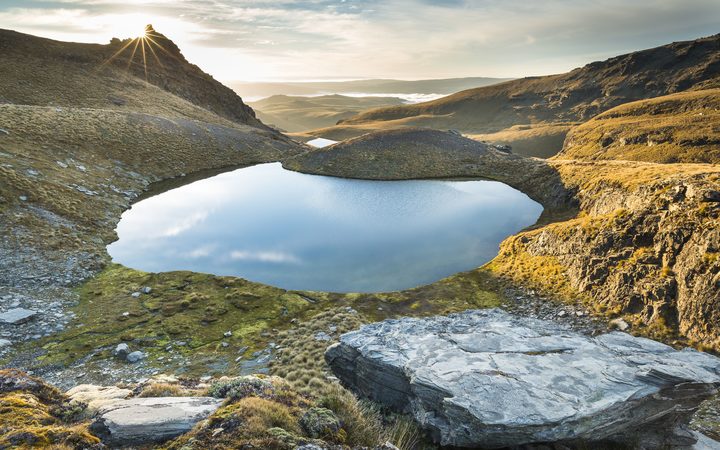 President Peter Wilson said the proposed Remarkables National Park in Otago-Southland would span a vast area, including the namesake mountain range and the watersheds of several rivers.

Mr Wilson said the area already contained large tracts of conservation land, but suffered from a lack of national recognition.

He said it was the third time conservationists had tried to get the area classified as a national park.

"Tramping as a core sport is booming for Kiwis, so is hunting, so is fishing," he said.

"So what we are seeing is a huge re-emergence of New Zealanders' interest in the outdoors. So we think now is the time to put that centre stage and ask politicians to establish a new national park." 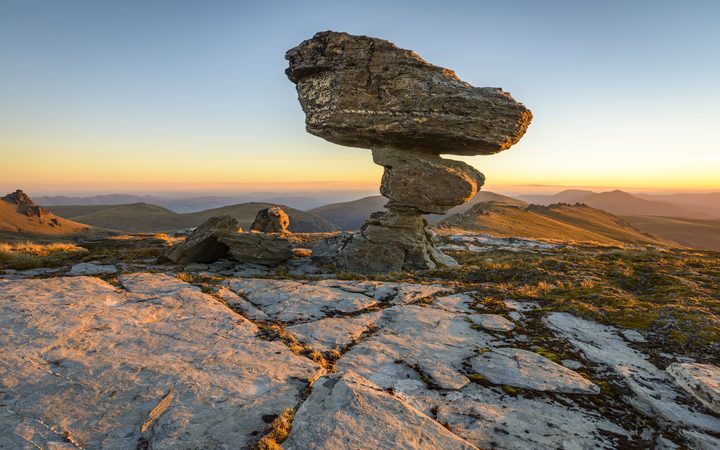 Weathered rock in the Garvie Mountains, an area that would be part of the proposed national park. Photo: Supplied / Rob Brown

"It's what is known as stewardship land, so one-third of all the conservation estate in New Zealand, - or 10 percent of the total land area - has actually suffered from a lack of protection because the government has never got around to classifying it."

Changing the status to a national park would help get funding for combating pest and predator threats, he said.

"Putting a new national park in that area, centre stage, also helps to say to New Zealanders and tourists that we've got other areas you can enjoy as well.

"It help relieves some of the pressure in other areas."

Mr Wilson said it was an area for all New Zealanders.

"You can tramp there, you can climb there - it's the pre-eminent place for ice climbing in winter. You can go hunting, horse-riding, four-wheel driving in summer, a little bit of snow-mobiling in winter in the right places.

"So we would say it's a national park for everyone, certainly one of the most accesable national parks, anyone can go there."

Conservation Minister Maggie Barry disputes the claim that turning the land into a national park would give it extra funding.

Ms Barry said much of the area was already protected under the Conservation Act and the Reserves Act.