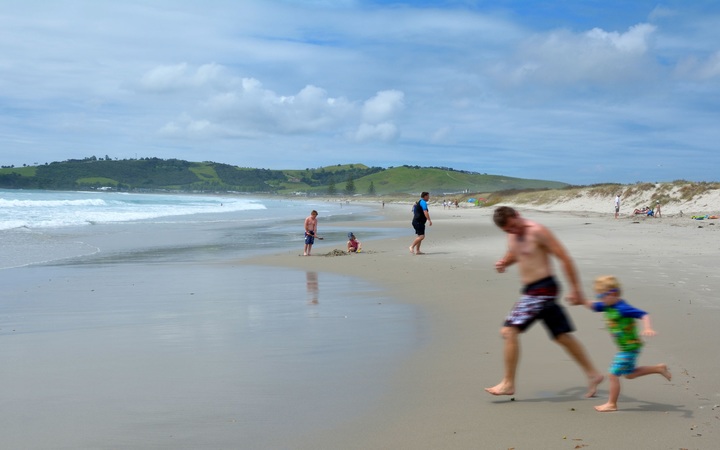 In all components of the Better Life Index, New Zealand rates higher than the OECD average except household disposable income and wealth. Photo: 123RF

In its latest two-yearly review of the economy, the Paris-based organisation forecast robust growth of about 3 percent over the next couple of years, and noted the government's healthy financial position.

Overall, New Zealanders enjoyed high living standards, with all components of the Better Life Index stronger than the OECD average except for household disposable income and wealth.

However, labour productivity remained an Achilles heel for New Zealand - and well below leading OECD countries.

New Zealand's persistently low productivity has long puzzled the OECD, despite expectations the far-reaching reforms of the late 1980s and early 1990s - which the OECD championed - would reverse that.

It blames the weak performance on the country's distance from its main markets, relatively small population, weak capital investment and a lack of competition internally.

In the latest report, it urged the government to adopt a number of measures to fix it.

That would include reducing barriers to foreign investment, lowering the corporate tax rate, giving councils more latitude to raise money to build the infrastructure needed to increase the housing supply, and introducing research and development (R&D) tax credits.

Previous governments have politely ignored much of the OECD's recommendations in the past, and that approach is unlikely to change now.

While the government is sympathetic to cutting the corporate tax rate from 28 percent, it has ruled out any adjustments. It has also rejected outright the OECD's call for a capital gains tax and the introduction of R&D tax credits.

Suggestions that the government share some of the tax linked to local economy activity, such as GST, to fund infrastructure needs have already been dismissed. Congestion charging is considered politically unpalatable.

In the OECD's last economic survey in 2015, the rampant property market was singled out as a risk to financial stability.

That fear has diminished due to slowing house prices following the introduction of tougher lending restrictions on investors by the Reserve Bank. The Auckland Unitary Plan is also expected to eventually cut red tape and speed up house building.

The OECD did back the Reserve Bank being given the power to add debt to income (DTI) limits to its toolbox, though it recommended careful analysis if the measure was ever deployed.

"Distributional implications also need to be considered, as DTI restrictions place the tightest credit constraints on the poor'" the report said.

On the environment, the OECD repeated its preference for market solutions such as pricing or cap-and-trade measures to deal with issues such as declining water quality.

It also recommended raising carbon prices to restrain greenhouse gas emissions, and setting a date on when agricultural emissions would either be included in the Emissions Trading Scheme (ETS) or an alternative pricing mechanism would be established.

The government has insisted it will not bring agriculture into the ETS until there is an economically viable way of reducing emissions on farms.

New Zealand is also facing the challenge of adapting to changes in the labour market caused by the rise of automation and artificial intelligence.

An estimated 35 percent of New Zealand jobs were at risk of disappearing or otherwise being affected by automation over the next 10-20 years, with 9 percent considered at high risk, the report said.