An explosion at a South Auckland home that left two teenagers with serious burns is thought to have been sparked by someone lighting a cigarette after petrol-sniffing. 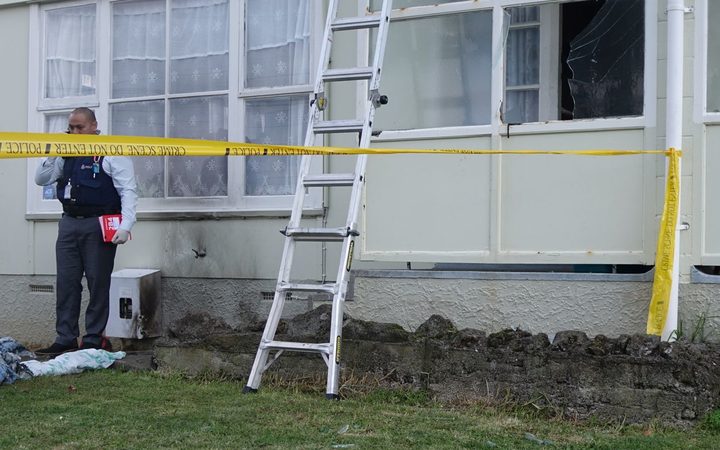 The house was cordoned off as fire investigators worked at the scene. Photo: RNZ / Laura Tupou

Two 15-year-old girls remain at Middlemore Hospital, one critical in the intensive care unit and the other stable in the burns unit.

Police say five people were at the flat at the time, and they are looking for a man who left before emergency services arrived.

Fire investigator Terry Jordan said it seemed the teenagers were sniffing petrol at the Ōtara house yesterday afternoon, when the lit cigarette triggered an explosion.

Chevy-Lee Hartley and her partner Chad Tuara, who live about 200m away from the house, rushed to help one of the girls as she ran from the two-storey unit.

"She was covered in flames," Ms Hartley said.

"By the time we had got there all we could do was just put out the fire that was covering her whole body."

Another girl was also badly burned, she said.

Ms Hartley said the girl who ran from the house fell on the ground, and and others neighbours filled buckets and bottles and poured water over her.

"There were a couple of people that were inside but no-one came out to help, they all were scared, they were in shock."

Ms Hartley said it took about 20 minutes for police and ambulance to arrive.

"Any longer, that girl would have died," she said.

"She was literally in flames, coming out of the door in flames."