A person has died in a vehicle that was engulfed in flames after a "horrendous" explosion in the Queenstown suburb of Kelvin Heights. 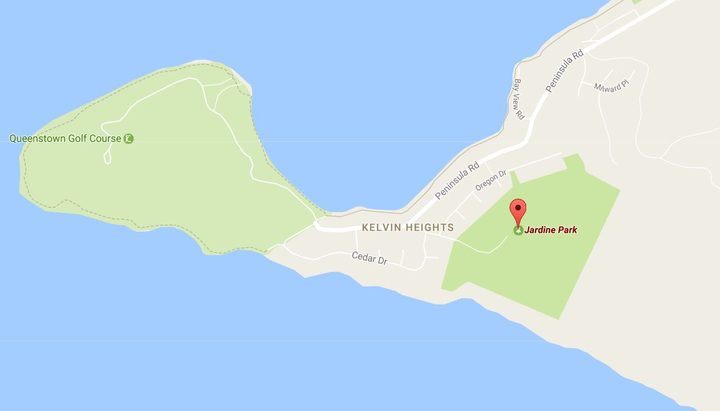 Neighbours saw a vehicle engulfed in flames after the explosion.

The Fire Service received a callout just after 9pm yesterday to attend what was described as a car fire or possibly explosion at Jardine Park. Crews from Queenstown and Frankton arrived to find the vehicle well ablaze.

The body remained in the car overnight, guarded by police, and forensic examinations were due to start at dawn.

Police said the investigation was in its early stages, but they were not seeking anyone else and the public was not thought to be at risk.

The formal identification of the person who died is still to be completed.

Resident Lindsay Shaw said she and her husband heard a "big bang" and said it felt like the house shook.

"There was this great, big, huge explosion," she said. "We just kind of looked at each other and said, 'Oh my God, what's happened?'"

Mrs Shaw, whose house is next to Jardine Park, said they looked out the window, saw the car on fire about 200m from their home and called 111.

"I don't think I have probably ever seen anything get engulfed in flames so quickly," she said.

"We could see that there was a vehicle engulfed in flames, it was instant."

Gavin Hay lives nearby and heard a "loud thud" last night. He said one of his daughters was in the shower and he thought it could have been her. It wasn't until later in the night that he heard a car was involved.

Kelvin Heights, on the Kelvin Peninsula, is an upmarket area near the Queenstown Golf Course and Jardine Park.