A billion dollar investment offer from a Chinese company is nothing to get anxious about, a Far North councillor says. 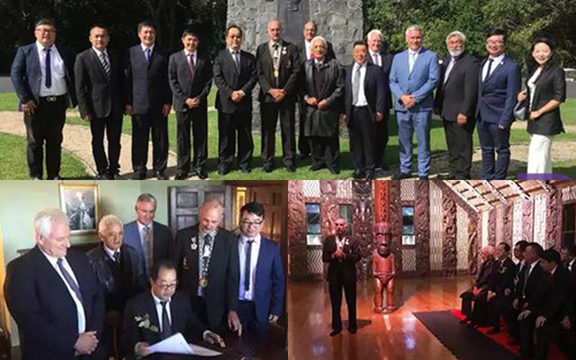 Beijing-based Tus Holdings is offering to help develop the most deprived region in the country, and the council has accepted in principle.

But not all the councillors are entirely happy.

Tus Holdings is the commercial arm of Tsinghau University in Beijing.

It has built science and business parks throughout China, employs 25,000 people and manages assets of $100 billion.

The company wants to invest 1 percent of that wealth in the Far North over the next five years.

Tus Holdings sees opportunities particularly in the cultural tourism market and the council has signed a memorandum of intent with the company, promising to investigate potential investment projects in a "spirit of friendship".

The reactions have ranged from elation, to bewilderment, and in some cases, suspicion.

Te Rarawa chairman Haami Piripi said the iwi should have been involved in the discussions from the start.

"It's [similar to] that old colonial view of public administration where Māori people are just peripherally involved, as opposed to fully participating.

"While we continue with a paradigm of an equity like that, we'll never get very far," he said. 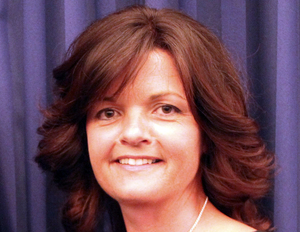 Deputy mayor Tania McInnes was worried the council was too quick to embrace the gift-bearing strangers.

"No one's going to invest without wanting a return, and the key thing for us to ensure is that we are the winners at the end of the day; that the investment stays in the district and that we look after our people and environment and our key values, and any relationship we enter must support that."

The deputy mayor was one of four councillors who voted against approving a memorandum of intent with Tus Holdings. It was passed by just one vote.

But councillor John Vujcich said the deal did not commit the council to do anything except explore possibilities.

Written into the memo was an assurance that Tus Holdings would have due regard to the principles of the Treaty of Waitangi, he said.

Any investment projects would have to be 'green' and sustainable, and benefit the region as much as they benefitted the company. 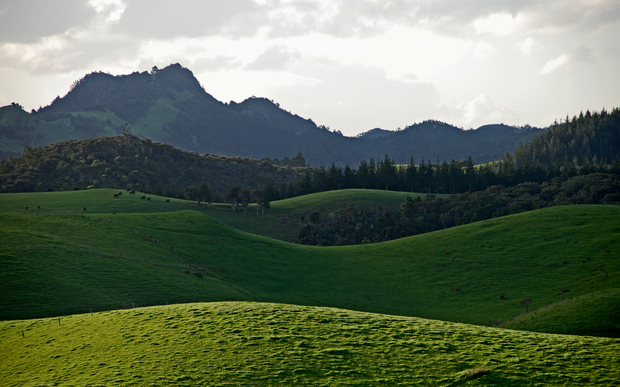 Mr Vujcich said Chinese companies generally invested as they liked in New Zealand, but in this case the firm was asking to work with the community.

"If you have a Chinese investor, he's got money, he can spend that money - especially if he's a New Zealander - any way he wants.

"In this case, they're recognising the Far North needs assistance; it's depressed, it's got huge potential... and the question [they're asking] is 'how can we help you develop your potential in a win-win partnership?'"

Possible developments listed in the memo were joint tourism projects with Far North Māori to showcase traditional arts, such as carving, speech and weaving.

It suggested an old-style New Zealand hot spring resort hotel at Ngawha, where the Māori owners already had development plans.

It floated the prospect of retirement tourism; bringing older Chinese people to stay in the Far North for longer periods, in new scenic retirement villages. 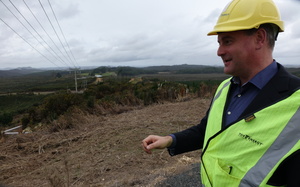 But chief executive Russell Shaw was ruling that one out. He said the power company already had its development plans well sorted, and financed.

"Top Energy currently operates 25 megawatts of generation at Ngawha and we have resource consents to increase in 25 megawatt units to 75 megawatts, and we are planning to fund that by ourselves. So we are not looking for another investor."

The Ministry for Primary Industries said Tus Holdings was offering to set up a venture capital fund in the Far North to encourage science and technology projects and big data opportunities.

Local Government New Zealand president Lawrence Yule said a number of councils around the country had signed friendly agreements with Chinese companies, but the Far North was the only place where a company was offering a region $1bn.

"Councils are often reaching out to China in terms of supporting exports, so in my case, in Hawkes Bay, we support exporters into China and council's always looking at investors around tourism... accommodation, that sort of thing. But this would certainly be on a scale that I haven't seen before," he said.

Mr Vujcich said the Tus Holdings offer might sound too good to be true but that was not the case.

"There is actually a win-win here. There is a market [Tus Holdings] do have, and of course they would expect to get money back from their investment. But if the local business people don't want to be part of it, they're not forced to," he said.