Opponents of a proposed Taranaki wind farm have told a consents hearing that the project will have a huge impact on their lives. 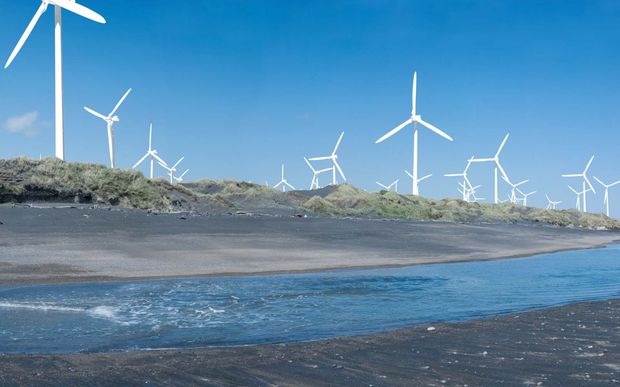 Pylons standing 14m will relay electricity to the Waverley sub-station along streets on the outskirts of the township.

Patea farmer Paul Mitchell told the hearing he lived within a kilometre of the $325 million project.

Mr Mitchell said it would affect the value of his property, spoil views of the sea and ruin the lifestyle he enjoyed with his five children.

"The visual impact for us is going to be massive. Everyday when I got work if I go to the back of my farm I'm going to hear the wind turbines whirring away all day.

"I've got five children and we spend a lot of time at the river whitebaiting, fishing ... how's that going to affect me."

Mr Mitchell said he was angry that the company had not visited him to discuss likely affects of the wind farm.

"I haven't had any contact with the Tararua Wind Farm. They haven't been to see us, nothing. They just come along with their money build these things and bugger off and we're left to live with the consequences." 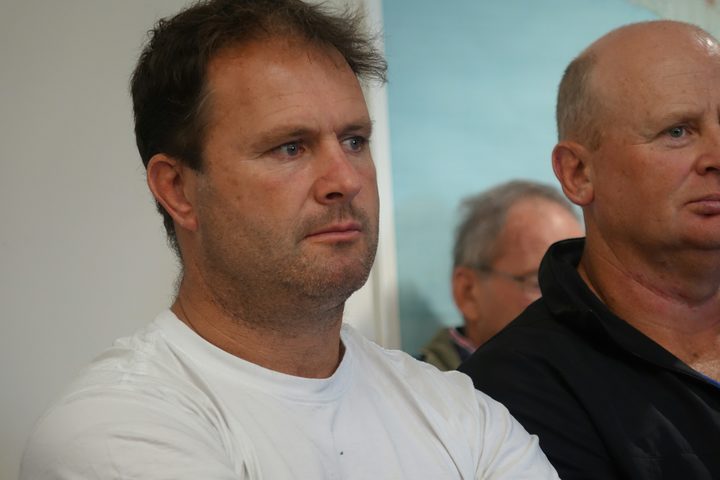 Paul Mitchell said he was angry that Tararua Wind Power had not visited him to discuss the likely affects of the wind farm. Photo: RNZ / Robin Martin

Ms Sisson was upset her property was considered only moderately affected.

"One of the reasons I bought the property was the appeal of the sweeping coastal views and the constantly changing interface between the land, the sea and the sky.

"I derive enormous satisfaction from the views from my property."

Ms Sisson said that Patea had enough industrial relics and that she believed wind power was on the way out in favour of solar energy.

An independent economic report estimated the project would inject $40m into the regional economy during its two-year construction phase and about $3.3m every year thereafter.

It would employ between 80 and 100 people during its build and create up to 10 permanent jobs, the report said.

Robert Hayes submitted on behalf of about 20 residents in Waverley.

He asked the hearing to accept the advice of an independent expert commissioned by the South Taranaki District Council who recommended transmission lines from the project be put underground.

Mr Hayes said the proposed 14m power pylons would ruin the views of homes on Swinbourne and Fookes streets in Waverley.

"Technology today allows the transmission line to be underground and the residents have rural views with Mt Taranaki as a backdrop and they don't want that sullied." 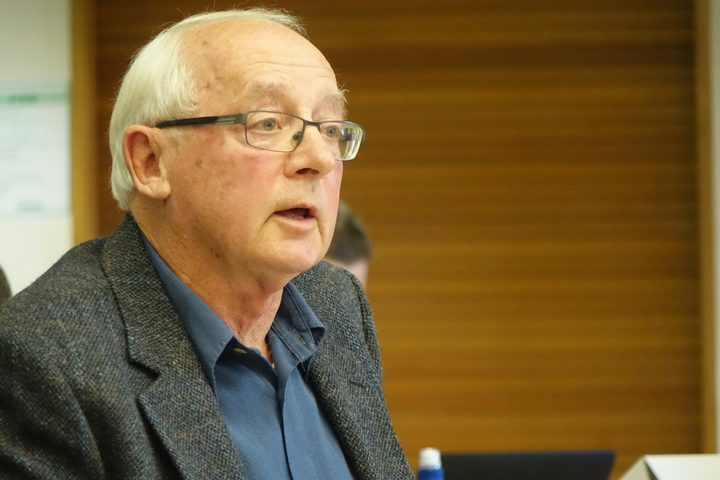 Robert Hayes made a submission on behalf of about 20 Waverley residents. Photo: RNZ / Robin Martin

Mr Hayes said the company was opposed to undergrounding the transmission cable because it would cost $4.5m rather than $1.5m for pylons.

That was a cost Tararua Wind Power should be able to absorb considering the cost of the overall project, he said. 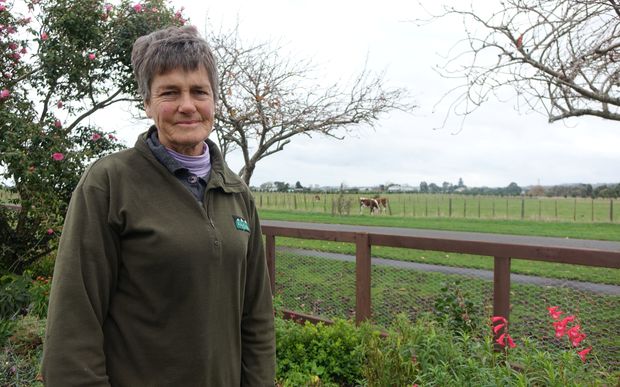 Fookes Street resident Angela Connell moved to Waverley after being affected by wind farms at Makuri in the Wairarapa.

Mrs Connell told the hearing the transmission pylons would pass in front of her home and she could not believe she was going through a similar "nightmare" all over again.

The Department of Conservation also submitted at the hearing.

It said the company's survey of bird life at the proposed site had been inadequate and had underestimated the number and variety of birds potentially affected by the project.

The department outlined a number of conditions it had agreed with the company, including relocating a wetland, that if met would allow it to withdraw any opposition to the project.

Two Taranaki iwi which had opposed the project for cultural reasons have since withdrawn their submissions against the wind farm.

Ngā Rauru Kītahi is considered to have mana whenua over the proposed site and it withdrew its opposition earlier this month after negotiations with the company.

Earlier this week Ngāti Ruanui, which has an overlapping interest in the area, withdrew its submission against the wind farm.

A decision on consents for the project is due in about a month.