Former New Zealander of the Year Dr Lance O'Sullivan wants the anti-immunisation crowd to leave his family out of the immunisation debate. 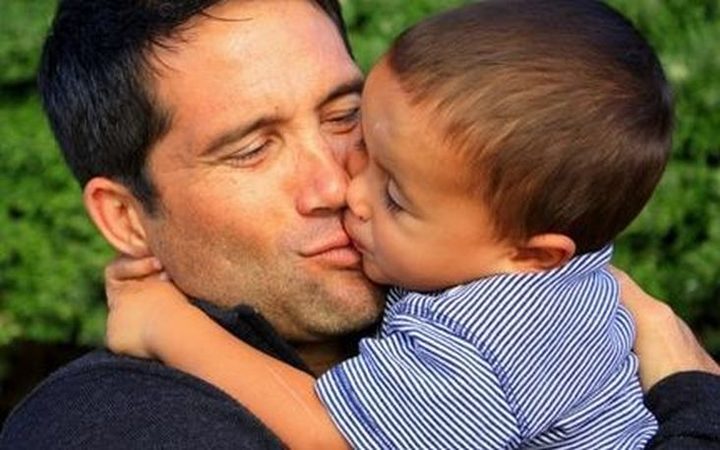 Dr O'Sullivan said a recent online post from someone who opposed immunisation suggested a link between the health of one of his children and vaccinating.

His youngest son, Lance Junior, was diagnosed with Duchenne muscular dystrophy in 2015. The doctor revealed to RNZ at the time that the disease was an inherited condition passed down through whakapapa.

In the online thread, one person's post said "obviously paid and paid for by big pharma". Someone else asked if there was a known vaccine for Dr O'Sullivan's son's condition.

Dr O'Sullivan said the post, which he believed was a "tongue in cheek" comment about his son and the choice to immunise, was "cruel and heartless".

But the Northland doctor was not backing away from his challenge to a group that supports "choice" and said, now that the lid had been lifted from the can of worms, "let's debate it".

He wanted those against immunisation to "put up or shut up" and said he would not give up fighting for the health of his community.

Dr O'Sullivan attended the Kaitaia screening of the film Vaxxed: From Cover-Up to Catastrophe on Monday and attacked the film's content, taking to the stage and lecturing the crowd.

The film alleges a cover-up of the claimed link between the MMR (measles, mumps and rubella) vaccine and autism.

While the claim has been widely discredited, Dr O'Sullivan told Checkpoint with John Campbell yesterday that he saw families who refused to immunise their children "all the time".

Dr O'Sullivan estimated there had been a 5 percent reduction in the number of children being vaccinated in Northland due to the rise of the anti-immunisation movement.

"I do suspect that these groups - these harmful groups - that are out there promoting these falsehoods are a part of that.

"I've literally cradled the body of a child doing its very best to die.

"We are trying to save a child's life, we put it on a helicopter, it flies to Starship Hospital. The kidneys are failing, its heart's failing, its lungs are failing. All because we didn't put a bloody $7.50 meningococcal vaccine into that child's thigh."

The promoter of the film, Trish Cheel, has lodged official complaints against Dr O'Sullivan after he performed a haka at the screening and accused her of promoting lies.

Ms Cheel said she invited Dr O'Sullivan to the film to discuss it - not to bully her, intimidate the audience and suppress freedom of speech.

She said she had spoken to the police but had chosen not to press charges against the GP, who was New Zealander of the Year in 2014.

Instead she had complained to Child Youth and Family that Dr O'Sullivan irresponsibly involved three youths in his actions by ordering them to turn up the theatre lights.

She was also complaining to the primary health organisation about his actions.

Ms Cheel said only 12 people saw the film in Kaitaia because Dr O'Sullivan was warning people away at the door.

Dr O'Sullivan, a father of seven, has dedicated his life to supporting and curing others in his community.

But he found himself at the centre of a very personal health crisis in 2015 when his son was diagnosed - and since then the family has been reeling.

Dr O'Sullivan said when he learned of the news he wanted the earth to open up and swallow him.

As a doctor, he already knew what the future held for his youngest boy - who is just six years old.

He said the condition weakened the muscles and it was likely Lance Junior would be in a wheelchair by the age of 12.

Sufferers lose the use of their arms by about 18 and their lives in their 20s.

He rarely speaks about his son but makes an exception on World Duchenne Muscular Dystrophy Day, when he shared the family's story to raise awareness for the other 60 families who have children suffering the condition.

He said his son's diagnosis came a little late, as the family thought his inability to walk far was because he wanted his older siblings to pick him up, cuddle him and carry him.

Looking back, Dr O'Sullivan said he realised Lance Junior was not as able as the other children to walk as far - he fell over a lot, couldn't keep up around the rugby field and was not as physically capable.

Duchenne muscular dystrophy is a genetic condition that affects one in 3500 births in the world. New Zealand does not test for the condition and there are not a lot of symptoms.

The condition largely affects boys and is passed down from the mother who is a carrier.