The former head of Auckland city's downtown promotion agency - jailed after stealing $2.5 million from it - is being released from prison more than three years early. 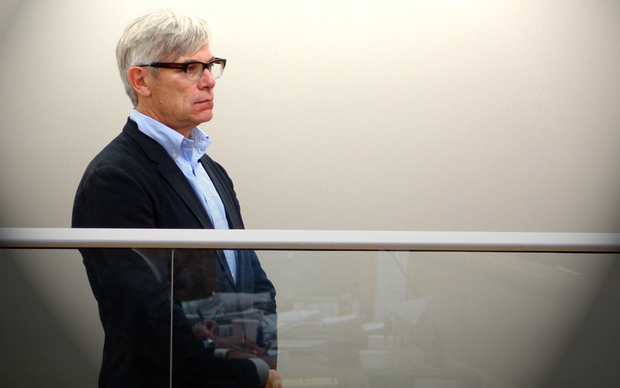 Alex Swney was sentenced to five years and seven months in prison for fraud and tax evasion in 2015.

The Parole Board today released its decision allowing him parole, three-and-a-half years before his sentence was due to end. He is due to be released from prison in two weeks' time.

According to the Parole Board decision, he has displayed "excellent conduct". He assisted with a yoga programme and helped others with literacy.

Swney told the board he was prepared to live what he called a "downgraded lifestyle" but still wanted to provide for his family, despite his bankruptcy.

He also had strong support from his family and prospects working for a family business.

The board noted he had no previous criminal record and was a minimum security prisoner.

Swney filed false invoices to Heart of the City from companies in his control because he did not believe he was being paid enough. His offending spanned a 10-year period and he spent the money on properties that were then tied up in family trusts.

As well as the representative dishonesty charge, he also admitted four charges of tax evasion - relating to $1.76m of unpaid tax.

While inside prison, Swney has also voluntarily spoken to a psychologist. During the 12 sessions he has gained an insight into his offending.

According to the psychologist, Swney has an inflated ego with a sense of entitlement but he has begun to understand why he offended.

The Parole Board said the risk to the community could be managed.

It also imposed special conditions, which would remain in place for two years. They include an assessment for counselling, not to give financial advice, and not to be employed or involved with a business or trust without a probation officer's permission.

Swney enjoyed two decades in the spotlight as the promoter of Auckland's CBD, including a series of unsuccessful attempts to break into politics.

He became the "go-to guy" for national and local media wanting a colourful take on everything from the proposed extension of the city's wharves to re-paving downtown footpaths.

Swney was an easily-recognised figure around town, commuting on a Vespa motor scooter.

He was one of the founders of Auckland Now, the centre-right local body ticket that won two seats on the Auckland City Council, although Mr Swney himself failed to be elected.

In 1999, he stood unsuccessfully for ACT in the Tamaki electorate and the following year missed out on a seat on the Auckland Energy Consumers Trust, which owns 75 percent of lines company Vector.

Other failed tilts at city politics included a run for the Hobson ward seat in 2001, the mayoralty in 2007, and the Waitemata and Gulf Ward in 2010, when the amalgamated Auckland Council was created.