Yellow-eyed penguins could be extinct from New Zealand's coasts within 25 years unless urgent action is taken to protect them, a new study warns. 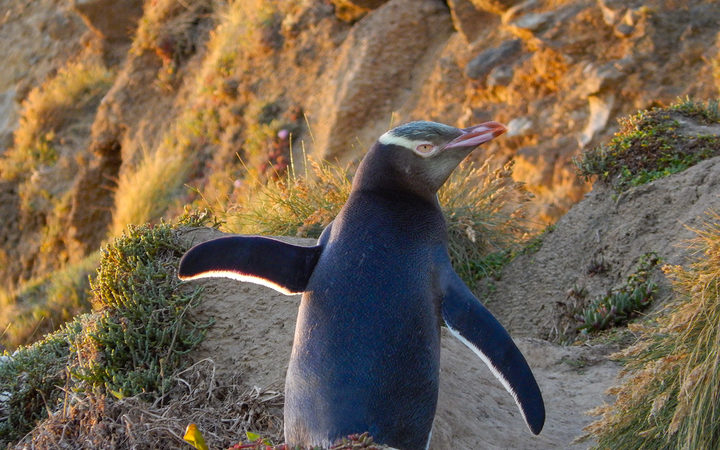 The study, published in the international journal PeerJ, predicts the penguins will be extinct by 2060, but said that was a conservative estimate.

Study co-author Stefan Meyer said if adult survival rates from 2015 were considered in predicting the future population, yellow-eyed penguins could be locally extinct in the next 25 years.

The current adult population of the endangered penguin is about 260 breeding pairs and they are classified as endangered by the International Union for Conservation of Natures (IUCN).

Rising ocean temperatures are considered to have played a part in the penguin's decline, but climate change only explains around a third of the variation in numbers, according to the study.

The study's lead author, Thomas Mattern, said there was limited data on the impact humans had on penguins.

"Ranging from fisheries interactions, introduced predators to human disturbance, all of which contribute to the penguins' demise."

"Clearly those other factors play a significant role. Unlike climate change, these factors could be managed on a regional scale," he said.

Yellow-eyed penguins drown as unintentional bycatch in nets set in penguin foraging areas, and die from unidentified toxins, and suffer from human impacts on their habitat, the study's authors said.

Dr Mattern said the birds, which greet visitors to the country on billboards in all major airports and are featured on the $5 note, could disappear without urgent action.

"Without immediate, bold and effective conservation measures we will lose these penguins from our coasts within our lifetime."