The dairy industry is responsible for high levels of E coli found near the country's largest freshwater springs, a water quality advocate says. 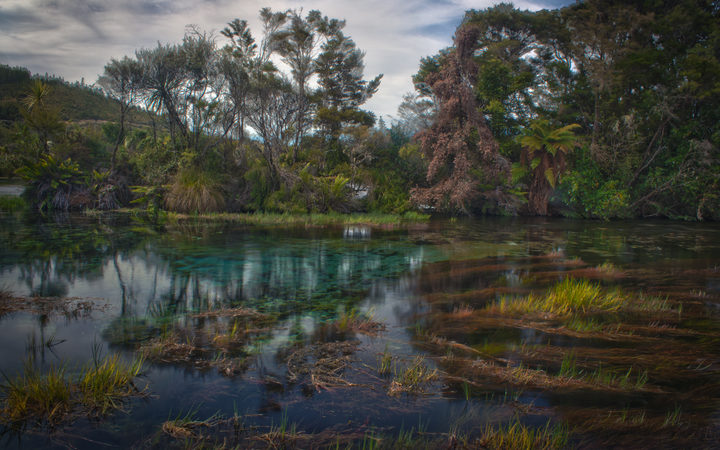 Friends of Golden Bay chairperson Andrew Yuill is applying for a conservation order, along with local iwi, for an aquifer flowing into Te Waikoropupū Springs, after testing revealed record levels of E coli.

If successful, a conservation order would provide legal protection for the aquifer.

Mr Yuill told Afternoons with Jesse Mulligan there was 40 times more E coli present in water flowing overland near the springs than what the government would consider swimmable.

He said this was due to large-scale dairy farms nearby.

Mr Yuill said the government needed to decide whether to prioritise dairy farming or water quality.

However, Tasman District mayor Richard Kempthorne said E coli was an issue, but the council was already undertaking its own process, as it was developing a water management plan.

"My first choice would have been the collaborative stakeholder group addressing the issues, and that group talking with the local community and working out what everybody wants and putting it through the resource management process."

He said conservation orders were expensive, and could take a long time.