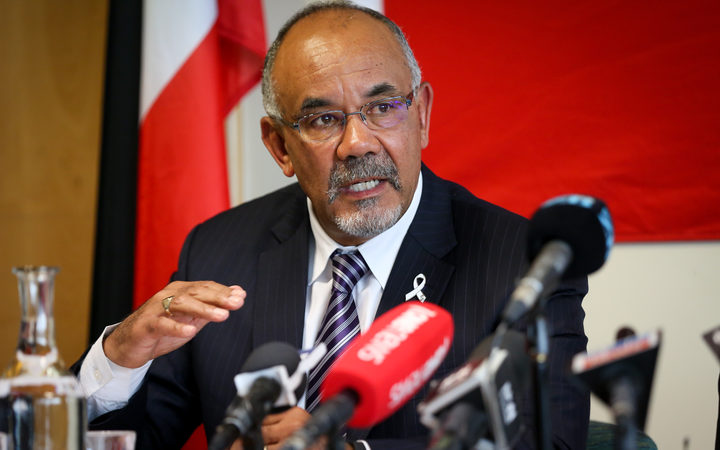 Māori Affairs Minister Te Ururoa Flavell said he had had discussions with the mayors of Otaki and Rotorua about the proposal, and Wairoa is already seizing the initiative.

The Māori Party co-leader said the the towns have been presented with guidelines on bilingual signage, but it would be up to them to decide how to become bilingual.

He said the proposal provided huge opportunities to celebrate language.

"Street names, that might be one part of it. Stop, Go, pedestrian crossings. Could be that businesses adopt the whole notion of going bilingual by having all of their signs both in English and Māori, to invoices in Māori, to allowing cheques to being signed in Māori or being printed in both languages, through to signs over the top of ATM machines."

Mr Flavell said the idea came from a trip to Ireland last year where local organisations have bought into the bilingual concept.

He said he hoped to offer funding and support to enable a similar buy-in here.

"The first thing to assure people is it doesn't mean people have to speak the reo. But we would say now council what do you think we could do as a good partner and let's take it out to our community and I think the first step that's obvious for us is bilingual signage."

Principal of Rotorua's Te Kura Kaupapa Māori o Ruamata Cathy Dewes said what was needed for Māori to be able to speak Māori without adverse reaction - something that can't always be guaranteed.

"I've been on sidelines when our school teams have been playing hockey and they've been speaking Māori amongst themselves and umpires have blown the whistle and demanded that they speak English. Spectators who can't understand what our kids are saying have been known to be abusive."

Ms Dewes said while bilingual signs are an important sign that the language is valued, her priority was for Māori to have the opportunity to learn Māori.

"Classes is what we need. Learning opportunities for adults as well as children to increase the numbers of Māori speakers within the community. That's what will build a bilingual population."

Kapiti mayor K Gurunathan said the proposal to make Otaki bilingual was official recognition of the work that had gone in to boosting te reo Māori in the town - so that a language that was dying was now spoken by half of the Māori population.

The Kapiti mayor said he did not expect the Minister's proposal to generate a backlash similar to that which greeted suggestions to give sections of the new expressway Māori names - as there was appreciation of the position of Māori language and culture in Otaki.

He said with the new expressway bypassing towns like Otaki, becoming bilingual would give it a point of difference.

"I was pleased to note when he said that Rotorua and Otaki. Everybody knows Rotorua and the value of the Māori language, the Māori culture there and the economic return that you get from promoting things Māori there. So I was really pleased to note that we here in Otaki are up amongst the big players."

He said the council is introducing bilingual signage and will today consider a te reo Māori policy that will help incorporate the language into the district's daily business.

"This is not about being a nice add-on. This is just about being business usual. So the Māori language will become business as usual. It is normal. Our community will be fully conversant and able to have a day to day conversation when going to the shop, going to the petrol station, coming into council, answering your phone with the word kia ora is just a normal thing."

Kitea Tipuna said becoming a bilingual district would help give the next generation pride in the language.