Building owners in Auckland's CBD with overnight sprinkler systems in their doorways to deter rough sleepers are being labelled inhumane. 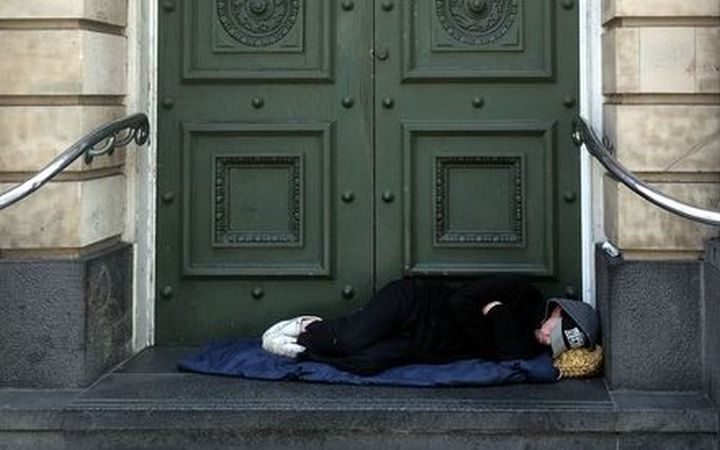 One man who sleeps downtown told RNZ that, after a homeless shelter shut down, the practice would leave him and others with nowhere to go.

The Chamber of Commerce agreed it was the wrong response, but said it was an expression of frustration from business owners that the council was not doing more to deal with homelessness.

Nine to Noon understands that the private school ACG Senior College in Lorne Street, as well as buildings on Queen Street and Fort Lane, have the sprinkler systems, which run periodically through the night.

Auckland Chamber of Commerce chief executive Michael Barnett said vagrants and rough sleepers in the CBD had been a problem for business owners for many years and they were frustrated with council inaction.

He said the biggest issue for the businesses that had resorted to doing this was one of early-morning intimidation.

Mr Barnett said using sprinklers was not the right response and it was necessary to deal with the main issue, which was one of homelessness.

'Most of the streeties I know on the street are good'

However, Bruno - who sleeps rough downtown - said homeless people would have nowhere else to go if sprinklers forced them out of business alcoves.

He said he had been drenched by one for trying to retrieve a cigarette butt.

"They used to have a shelter for homeless people and then they took it away - so what do they do?"

He said those who lived on the central city streets did not cause problems.

"Most of the streeties I know on the street are good," he said. "There's a lot of out-of-town ones that come in and cause shit."

Auckland City Councillor Cathy Casey said it was an inhumane and draconian response to a multi-faceted problem.

She said she had raised the issue several times with council, saying it was an over-reaction by business owners and she wanted the public to complain so the council could have the sprinklers removed. 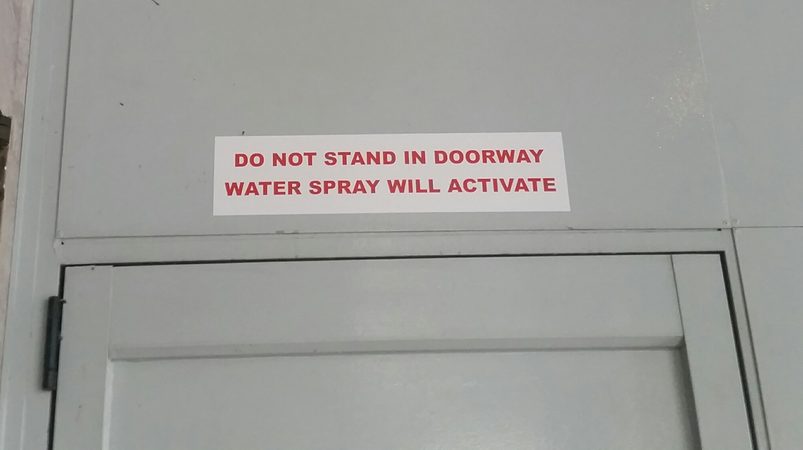 Ms Casey said nuisance was an offence and there were bylaws to deal with issues such as mess left in doorways or intimidation.

She said it seemed to her that businesses were using so-called drenchers as a quick way to get rid of rough sleepers.

Mr Barnett said business owners, residents and building owners had been going to the council with the issue for the past few years, but the response had been sadly lacking.

Auckland City Missioner Chris Farrelly said it was cruel and hostile to turn sprinklers on rough sleepers as winter approached.

Mr Farrelly said it was already a tragedy for someone to be sleeping rough and it was not fair to douse them with water.

"We know that there's a story behind every one of these people - a tragic story generally - and we are just devastated that people could think of throwing water on them."

Mr Farrelly said he felt for the businesses owners and residents and wanted to work with them and the council to come up with another plan.

"Until we can say that we have in place safe, warm, dignified shelter for our homeless we just cannot consider or tolerate such hostile actions," he said.

He said the issue was complicated and the mission, the Auckland Council and businesses should work together to find a better solution.

A statement from the business lobby group Heart of the City said it was aware of a few landlords putting sprinklers in place, but that it was a solution of last resort.

It said they were mostly rental properties and apartments with people who needed to get in and out at all hours, rather than retail businesses.

Heart of the City said it was working towards a long-term solution to end homelessness in the city centre which involved a housing-first model, as well as shorter term efforts to improve local night shelters.