Hundreds of gigabytes of information about the 2010 Pike River Mine disaster is yet to be released, the mother of one of the miners says.

Pike River Mine: The remains of the 29 miners killed in the 2010 blast and its aftermath are still inside. Photo: RNZ

Newshub has released footage that shows two men and a robot apparently inside the drift of the Pike River Mine three months after the final explosion.

Prime Minister Bill English told Morning Report the footage did not change the assessment of the mine's safety, and would not alter his decision to not re-enter the mine.

However, he had some questions about why the footage did not go before the Royal Commission into the disaster.

The lawyer representing some Pike River families says the footage is both extraordinary and alarming.

The robot they are with appears to emit smoke or steam when it overheats, but there is no fire or flame, which is at odds with claims by the government that the mine is too unsafe to re-enter.

Sonya Rockhouse, whose son Benjamin died in the mine, told Morning Report government responses to her requests for information showed there was more to come.

"I'm just looking at the [Official Information Act response] at the moment and it says that [then-]Minister of Police Honourable Paula Bennett has confirmed the existence of over 24,000 images contained in 265 gigabyte of data. So that's a heck of a lot of footage."

She did not understand how the police were able to say all the relevant footage had been shown to the families, she said.

"Our lawyer at the time put a lot of pressure on the police, and eventually they had to relent and show us the footage that they had. Had [the latest footage] not been leaked to us we would never have seen it to this day."

She said the video showed the mine was safer than had been claimed, with some smoke or steam coming from the robot but no flames.

"If it was as dangerous as they are saying, then there would be flames. And let's not forget that there are two men in there with some duct tape and some cardboard, putting it around the robot to stop it from getting wet and they didn't look like they were in any great hurry."

The families felt "absolutely" that the government had been misleading them, Mrs Rockhouse said.

"I was really shocked when I saw this footage - I just thought, 'Oh my gosh, all this time.'"

No question workers were in drift

Former chief mines inspector Tony Forster has seen the video and he told Morning Report there was no question the workers were in the drift.

"They weren't a long way into the drift ... within a few hundred metres of the entrance."

"Why not de-gas the drift up to that point, put a seal in at the point and then if it's necessary go forward again."

Nigel Hampton QC, who has represented some of the families, said the footage showing workers inside the drift was both extraordinary and alarming.

He said this was the first time in six years he had seen or heard about the video.

"The families, or at least some of them, will be incandescent over this. They will be extraordinarily angered by this," he said.

He said it was extraordinary the footage was not shown to the Royal Commission, as it was relevant to the issues they had looked at. 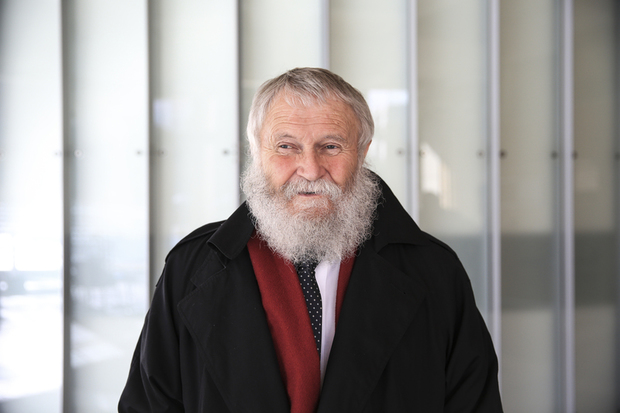 Nigel Hampton, QC, said it was the first time in six years he had seen or heard about the video. Photo: RNZ / Rebekah Parsons-King

Mr Hampton said it meant that state agencies, the police and a state owned entity, Solid Energy, had known about the exploration for quite some time, and yet it had never been divulged or revealed to the families.

He was concerned by the police's role in the case, Mr Hampton said.

"First, it was the police intervention that prevented rescuers going into that mine in what was a window of opportunity after the first explosion, before the subsequent explosions," he said.

The mine collapsed in the subsequent explosions.

"To have this material in their hands and not reveal it, I find quite alarming," Mr Hampton said.

"It is relevant to all the issues that have been discussed over the last six years about re-entry.

"It shows that what the family and the family experts have been saying, namely that this drift is recoverable," he said.

The footage also showed that the drift was inert, making re-entry possible providing those who went in wore breathing apparatus, Mr Hampton said.

He urged the government and WorkSafe to take another look at the advice they had been given and to make a concerted effort to enable a proper staged recovery of the drift.