Green groups are outraged at a plan to spend ratepayer money on a fence that would allow iconic high country land to be more intensively farmed. 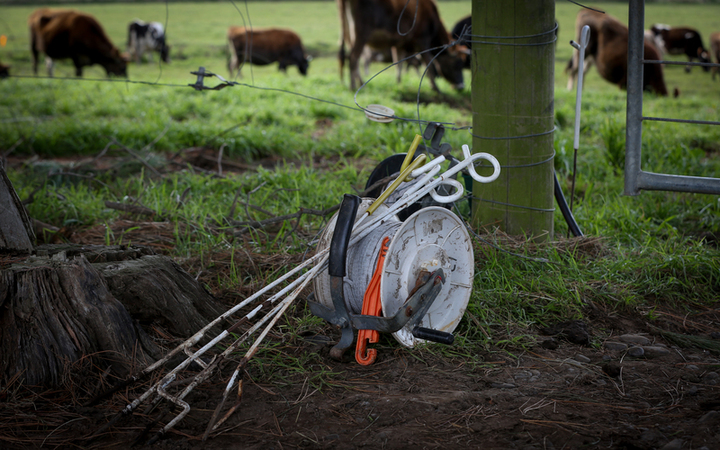 The 6km fence is proposed for Flock Hill Station, which is leased by a US-based company and contains scenery made famous in 2005's The Lion The Witch and the Wardrobe.

Until now, Coast Range Investments has only been allowed to graze it in a low-level way, so as to have a minimal impact on the landscape and its environment.

It recently made a resource consent application to farm cattle and sheep in a more intensive way, promising to build a fence to protect important wetlands at neighbouring Cave Stream.

The company also applied to the Canterbury Regional Council (ECan) for a $44,000 grant to pay for the fence. Green Party MP Eugenie Sage said that was outrageous.

"[The] Cave Stream Terraces are an outstanding natural feature. They deserve protection, and the public understood ... that [the grant] would be used to protect our indigenous species, not to assist development by an overseas corporate."

The Selwyn Waihora Water Zone Committee, which is appointed by ECan and made up of community members and farming interests, approved the grant application.

Ms Sage said ECan staff had said the fence would not help protect ecosystem health, with one describing the decision as frustrating.

"The zone committee should be taking the technical and scientific advice of ECan staff. You have to wonder what the motivation of the zone committee is if it's approving this money to advance development which will affect the Cave Stream Terraces negatively."

Forest & Bird spokesperson Jen Miller said, on the face of it, a fence to protect a wetland was a good thing. But, she said, grazing on the station was currently limited because it lacked a fence - and putting one up would allow the land to be intensively farmed.

"The primary task of ECan is to try to protect these landscapes. We're losing so much of our biodiversity, our nature is in crisis and we're seeing extinctions all of the time. It seems extraordinary for a regional council to be doing this," she said.

Fish & Game spokesperson Emily Moore said, while she was opposed to intensive farming in the high country, she was backing the fence.

ECan would have a greater say on where it was placed because ratepayer money was going into it, she said.

"Flock Hill would have to put up a fence in order to intensively farm but the project plan has the fences really far back from the stream, so on average about 100m. They could put the fence 1m from the stream if they wanted to."

Flock Hill has since withdrawn its application to intensively farm the area, but those who raised their concerns with RNZ said there was nothing to stop it from reapplying.

ECan's zone committee was in the process of reviewing its decision to fund the fence.