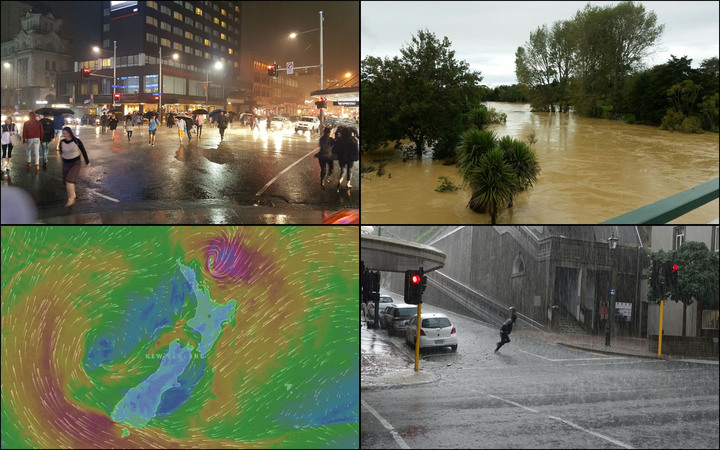 New Zealand has been beset by extreme weather events over the past week few weeks including the storm that originated from Cyclone Cook and heavy rain that caused flooding in Edgecumbe. Photo: RNZ

The weather service has been criticised for the severe predictions it made leading up to the tropical storm from Cyclone Cook hitting New Zealand.

It had warned Cyclone Cook would be the worst weather event in decades.

The storm hit the Bay of Plenty, Gisborne and Hawke's Bay but failed to deliver the extreme weather forecast.

Metservice meteorlogist Lisa Murray said the centre of the low was not as deep as first thought, and mostly avoided Auckland and Wellington.

"I'm certainly seeing more extremes. We seem to be talking about records all the time now.

"The heaviest rainfall ever recorded. Things like this. That seems to be more and more commonplace and I think due to climate change that will continue to happen." 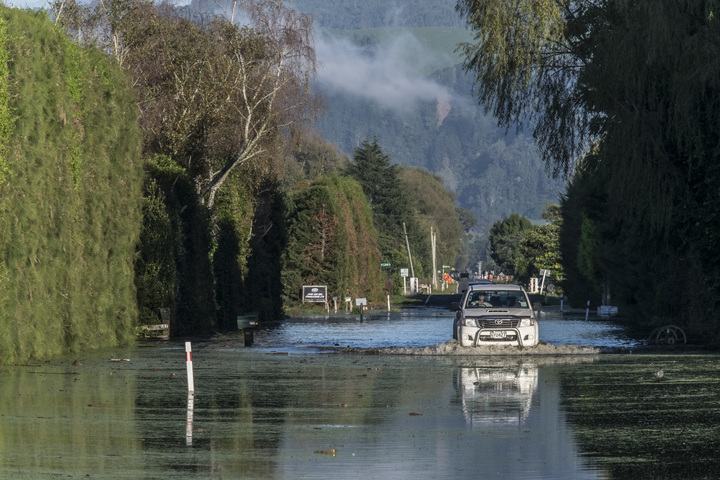 A farmer drives through flood waters on Otaiki Road the morning after the town of Edgecumbe was flooded by a burst stopbank. Friday 7 April 2017 Photo: RNZ/ Brad White

Local Government New Zealand president Lawrence Yule it was now more important than ever for communities and infrastructure to be as resilient as possible.

Mr Yule said the challenge for a lot of areas was to be resourceful and prepared, meaning people were able to bounce back well from extreme weather.

"Weather events are one, natural hazards are another caused by earthquakes, tsunami, those type of things.

"They're all in the same sort of basket really because they are major events that disrupt the community's ability to function as normal."

Mr Yule said communities should also help themselves by listening to warnings and having at least three days' supply of food and water.