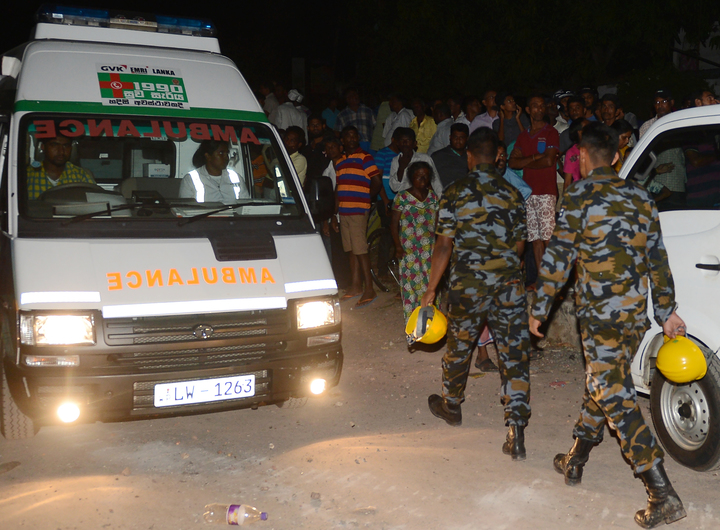 Sri Lankan soldiers arrive to help in the rescue operations at the site of the rubbish dump fire in Colombo, which was estimated to have buried about 40 homes. Photo: AFP

Emergency workers and troops are digging through tonnes of rotting garbage in search of anyone else trapped by the ninety-metre-high mound of rubbish.

Firefighters fought to extinguish a fire at the top of the estimated 91m-high rubbish dump, which collapsed after it was engulfed by flames.

Witnesses told Reuters at least 40 houses may have been buried in the landslide.

A 13-year-old boy and two girls, aged 14 and 15, were among the six who had died, Pushpa Soysa, head nurse at the main Colombo hospital, told Reuters.

"Ten more are being treated at the hospital," Soysa said. 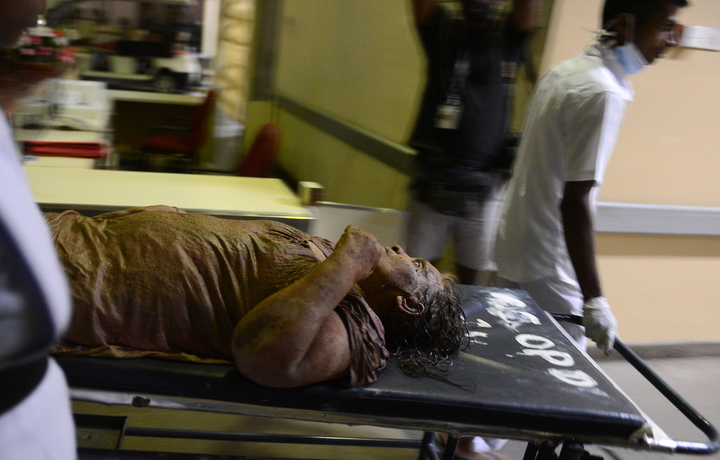 Police said in a statement they were unable to say how many houses had been buried in the landslide.

"It is too early and still we can't say how many houses are damaged or destroyed and how many people affected," Pradeep Kodippili, Disaster Management Centre spokesman, said.

Residents in the area have been demanding the removal of the dump saying it was causing health issues. The government had planned to remove it soon under an infrastructure plan.