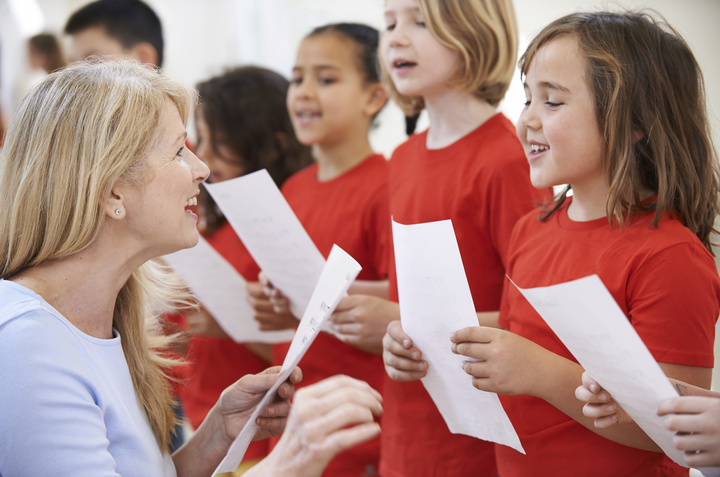 Arts classes are not seen as an equal part in the New Zealand curriculum, the chairperson of the Association of Arts Educators says. Photo: 123RF

Subjects such as music and drama were being neglected because of underfunding and a focus on literacy and numeracy, arts teacher associations said.

The associations said they were spending thousands of hours of volunteer time trying to make up for cuts to arts resources and advice that the Education Ministry used to provide.

Education Ministry figures showed that the number of secondary school enrolments in arts subjects has fallen by a quarter from 201,432 in 2005 to 163,915 in 2015, even though the number of school students had risen in that time.

A recently-published National Monitoring Study of Student Achievement report said only half of children in their final year of primary or intermediate school were achieving at the expected level of the curriculum in music and drama, while the figures for dance and visual arts were 68 and 66 percent respectively.

Association of Arts Educators chairperson Lee Devenish said New Zealand had one of the best arts education systems in the world, but it was at risk of becoming a marginal part of the curriculum with few students choosing to study it at secondary school.

"The end game is that there may be a few classess here and there, but not seen as an equal part of the New Zealand curriculum," he said.

Mr Devenish said if that happened, New Zealand would not be able to sustain its world-class output in areas such as music and film.

The chairperson of the subject association for music teachers, Tim Carson, said music teaching in primary schools was in a terrible state.

"There's what we would view as a crisis because at the moment there is a lack of support for teachers, a lack of resources and a lack of training for teachers to teach competently in music education," he said.

Mr Carson said schools could choose to spend their own funds on training and resources for music and the other arts, but instead they were prioritising reading, writing and maths because that was what they were being judged on.

"What schools are expected to report on to the ministry are the numeracy and literacy targets and many are subjects that are marginalised and therefore not given the priority, not given the time, not given the resources."

The president of the drama teachers association, Emma Bishop, said she had been told the three-year degrees for primary school teachers devoted a lot less time to the arts than they used to.

"It's roughly about 14 hours of contact time for the arts over a primary teacher's training," she said.

Ms Bishop said that was down from about 30 hours when she trained, so the amount of time spent on arts teaching had halved.

The Education Ministry's acting deputy secretary early learning and student achievement, Karl Le Quesne, said schools were required to teach the arts at Years 1-10 and they could chose to spend their own money on teacher training in those subjects.

He said the ministry also funded a range of arts-related programmes through its Learning Experiences Outside the Classroom contestable funding pool and through the Teachers' Refresher Course Committee.