Public submissions are now open on a proposed five-star hotel in Dunedin that would be the first for the city. 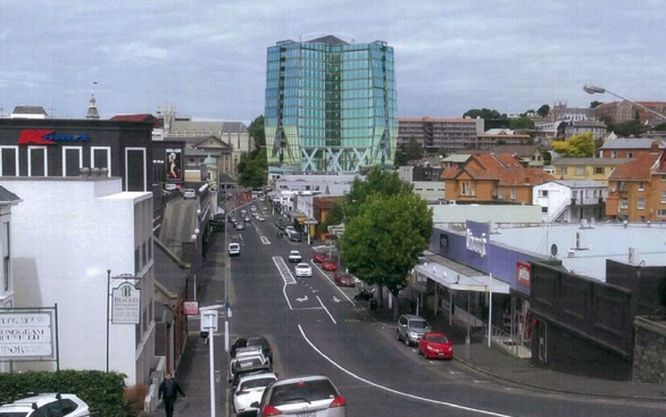 An artist's impressions of the view of the proposed central Dunedin hotel from Filleul St. Photo: Supplied

Tekapo-based developer Anthony Tosswill has lodged a resource consent application to Dunedin City Council to build the 17-storey hotel on Moray Place, just behind the city's town hall in the Octagon.

It would contain four penthouse apartments, an art gallery, hot pools and a conference facility.

However, public debate is expected about the design of the building as well as its height, which would shade some nearby buildings and restaurants in the Octagon.

"We'd anticipate there'll be a range of views from various different quarters on the look and feel of it."

A previous attempt to build a 27-storey five star hotel on the city's waterfront was abandoned in 2014, with developers blaming the city council for holding up the project too long.

Submissions close on 10 May at 5pm, and a public hearing will follow.