Investigative journalist Nicky Hager has accused Prime Minister Bill English of joining "a seven-year cover-up" by refusing to hold an inquiry into a 2010 raid in Afghanistan. 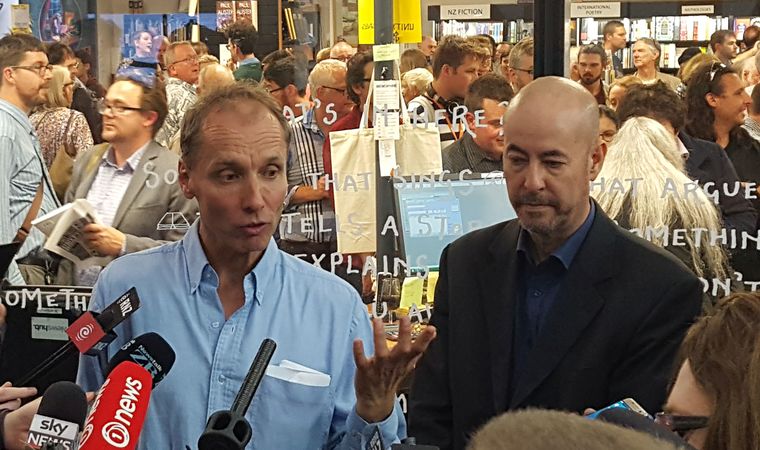 Nicky Hager and Jon Stephenson at the launch of their book on the 2010 raid. Photo: RNZ / Jane Patterson

Mr English yesterday ruled out an inquiry after being briefed by the Chief of Defence, Lieutenant General Tim Keating, and watching video footage of the operation shot by some of the aircraft involved.

But Mr Hager said it was "a joke" for Mr English to trust the military's word.

"These are the people who are in trouble, so of course they don't want an inquiry ... No experienced minister should fall for that."

He said the Prime Minister was being "irresponsible" by simply accepting the "selective information" he was shown.

Mr English encouraged anyone with further information to come forward, saying the Defence Force would legally have to investigate it. 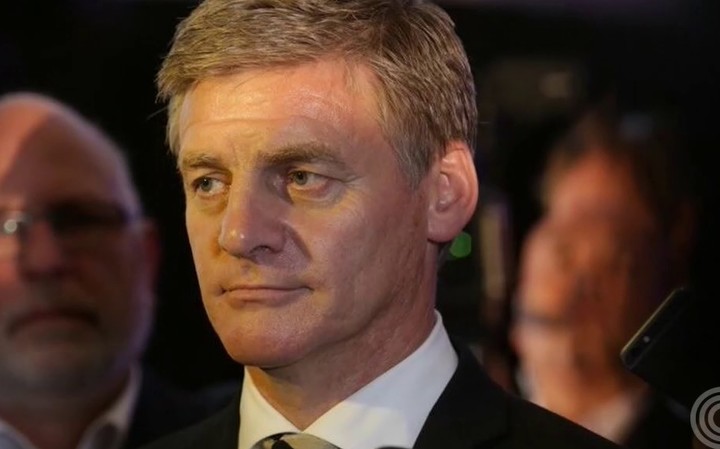 Prime Minister Bill English said yesterday there was no basis for an inquiry. Photo: RNZ / YouTube

But Mr Hager said he "would not recommend" that his sources speak out while the military was "obviously in cover-up mode".

"I hope they will come forward in the fullness of time, but that will be in a professional, independent context - not in the middle of a cover-up."

The Defence Force has said nine insurgents were killed in the raid, but last week said civilians may have died when a United States attack helicopter misfired.

Mr English said the footage of the raid backed up the Defence Force's position. But he declined to release the video, saying it was "classified".

Despite repeated questioning, he would not go into any detail about what the video showed, including whether the villagers were firing back or even armed.

"All the evidence is that coalition troops followed the rules of engagement to a degree of care that was pretty impressive," he said.

Mr English described General Keating as independent, because he was not involved in the operation.

"Nobody would accept that from any other government agency and it's actually an insult to the public to come up with that as an excuse."

"We're entitled to be reassured that there is nothing being kept from the New Zealand public and that we can have full confidence in our defence forces."

Mr Little told Morning Report he had great respect for General Keating but the Defence Force should not be judging the matter.

"There are serious allegations, there is a lack of clarity about the extent of civilian casualties, and for the sake of the Defence Force's reputation here and abroad, and public confidence in them, we need an independent inquiry."

"I've got no desire to disrespect the prime minister's assessment. I respect his judgement. And he's obviously seen information that other's haven't seen. But I think it's probably important for public credibility to get some of that out into the public arena."

Former UN investigator Marianne Elliott told Morning Report questions surrounding what happened have not been answered to the satisfaction of the public.

Ms Elliott, who worked as a United Nations human rights investigator in Afghanistan in 2006-7 and in 2012, said it was not too late to get some clarity on differences in the accounts, and put things right.