Auckland's big underground rail project is expected to create up to 1600 jobs, with many suitable for those struggling to find work. 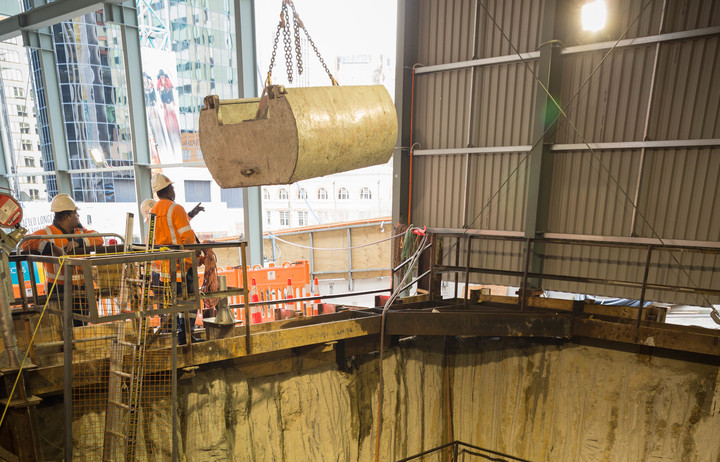 New figures released by the City Rail Link agency show the bulk of jobs on the country's biggest infrastructure project will be for general labour.

Initial work is underway on the job of building twin rail tunnels with underground stations, at a cost of around $3.5 billion.

There will be about 600 general construction jobs, and the agency will require contractors to give apprenticeships and training during the six-year-long build.

Auckland mayor Phil Goff, whose council is building the link jointly with the government, said it would open up fantastic employment opportunities.

"The boom in construction in the city has created a critical skill shortage in a number of areas, and the City Rail Link will provide chances for people to find jobs, to get trained, and to develop careers," he said. 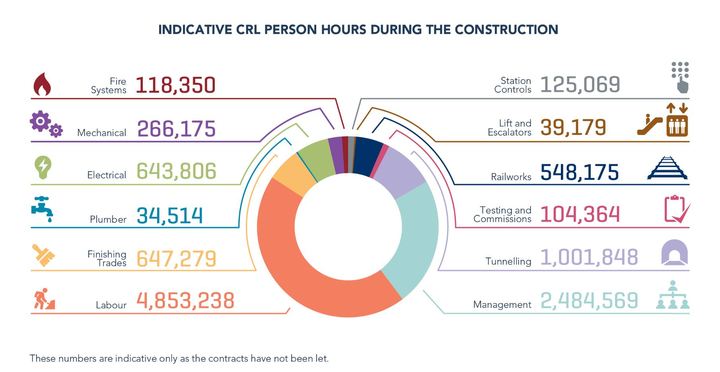 An estimate of the number of labour hours it will take to build the City Rail Link Photo: Supplied / CRL Limited

Project director Chris Meale said it will create opportunities for some of the 162,000 young people who are not in work, education or training.

"CRL wants to encourage the upcoming generation to pursue careers in the trade and infrastructure sector, through targeted and innovative, school, university and educational institute programmes, " he said.

CRL's principal sustainability advisor Liz Root said that with some work continuing beyond the 2023 completion date, the project provided a long-term chance to gain skills.

"Someone could join trades training tomorrow and get the opportunity to work on CRL, and once CRL is complete, it's going to need to be maintained, so there's ongoing opportunities for sustainable employment," she said.