Police have arrested five boys after a stolen car crashed near Kaikohe, injuring three cows which had to be put down. 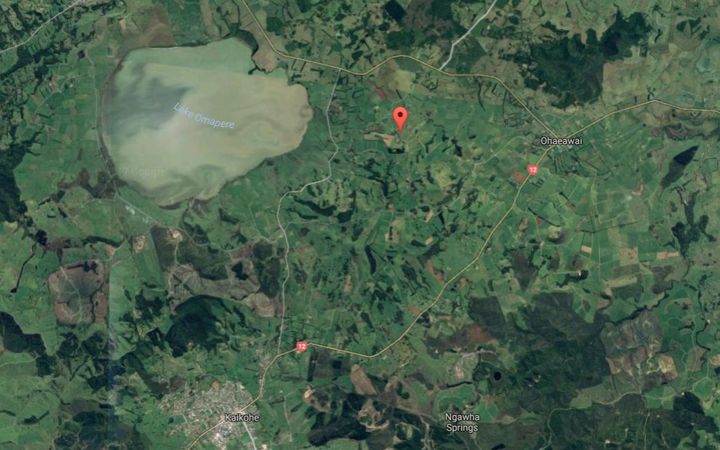 The car drove into a group of cows being moved across Hariru Road, between Kaikohe and Ohaeawai, and crashed a short time later. Photo: Google Earth

The Toyota Starlet was reported being driven dangerously north of Whangarei and a police patrol gave chase when it failed to stop near Ohaeawai about 8.30am.

Inspector Al Symonds said the car drove into three cows being moved across Hariru Road by a farmer.

The police stopped to help the farmer and the injured animals and the stolen car crashed a short distance down the road.

Mr Symonds said three boys were caught as they fled; a police dog found a fourth, and the fifth boy was found hiding in the boot of another car.

He said the cows had to be put down.

Three 15-year-olds and two 14-year-olds were likely to be held in custody to appear in the Kaikohe Youth Court tomorrow.

Police were investigating whether the incident was linked to last Friday night's mayhem in Kaikohe.