There were no survivors from the car which collided with a bus and burst into flames on the Te Anau-Milford highway yesterday, police have confirmed. 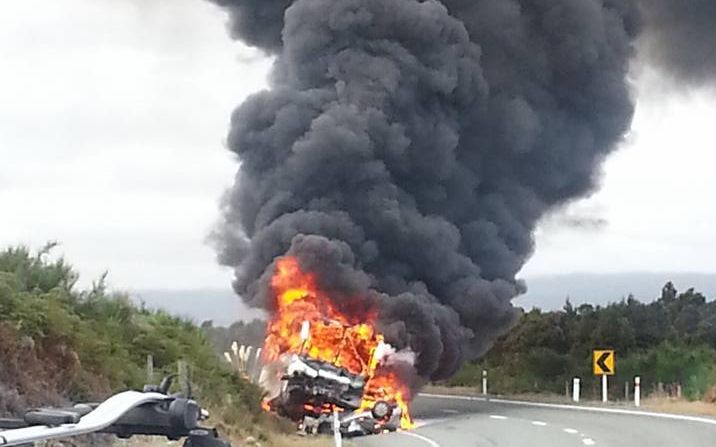 The crashed vehicles were engulfed in flames after the crash. Photo: Facebook / Jakob Ye Frazer

A car and bus collided and was engulfed in flames just before 3pm yesterday.

Police said because of the extent of the damage it would take some time to identify who was in the car, with witnesses at the scene reporting that there were two people inside. 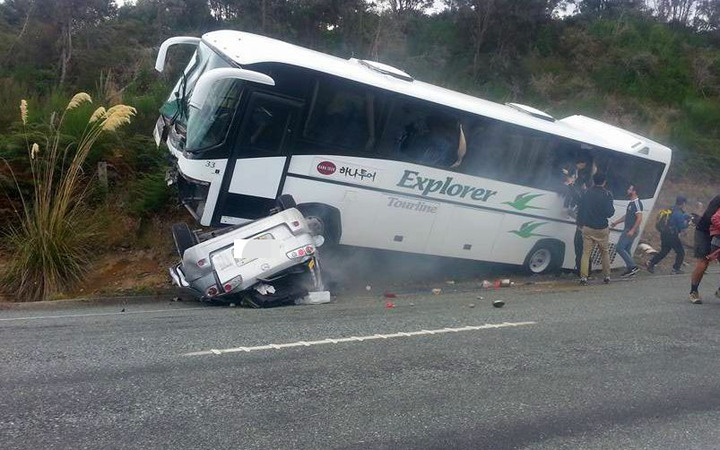 Four passengers on the bus were injured, and were treated for moderate injuries at Southland Hospital.

The road has now been reopened.

The crash is being investigated by the Serious Crash Unit and the Commercial Vehicle Investigation Unit.